Back by ‘Poplar’ demand: Derbyshire pub to feature on Scrap Kings this week… 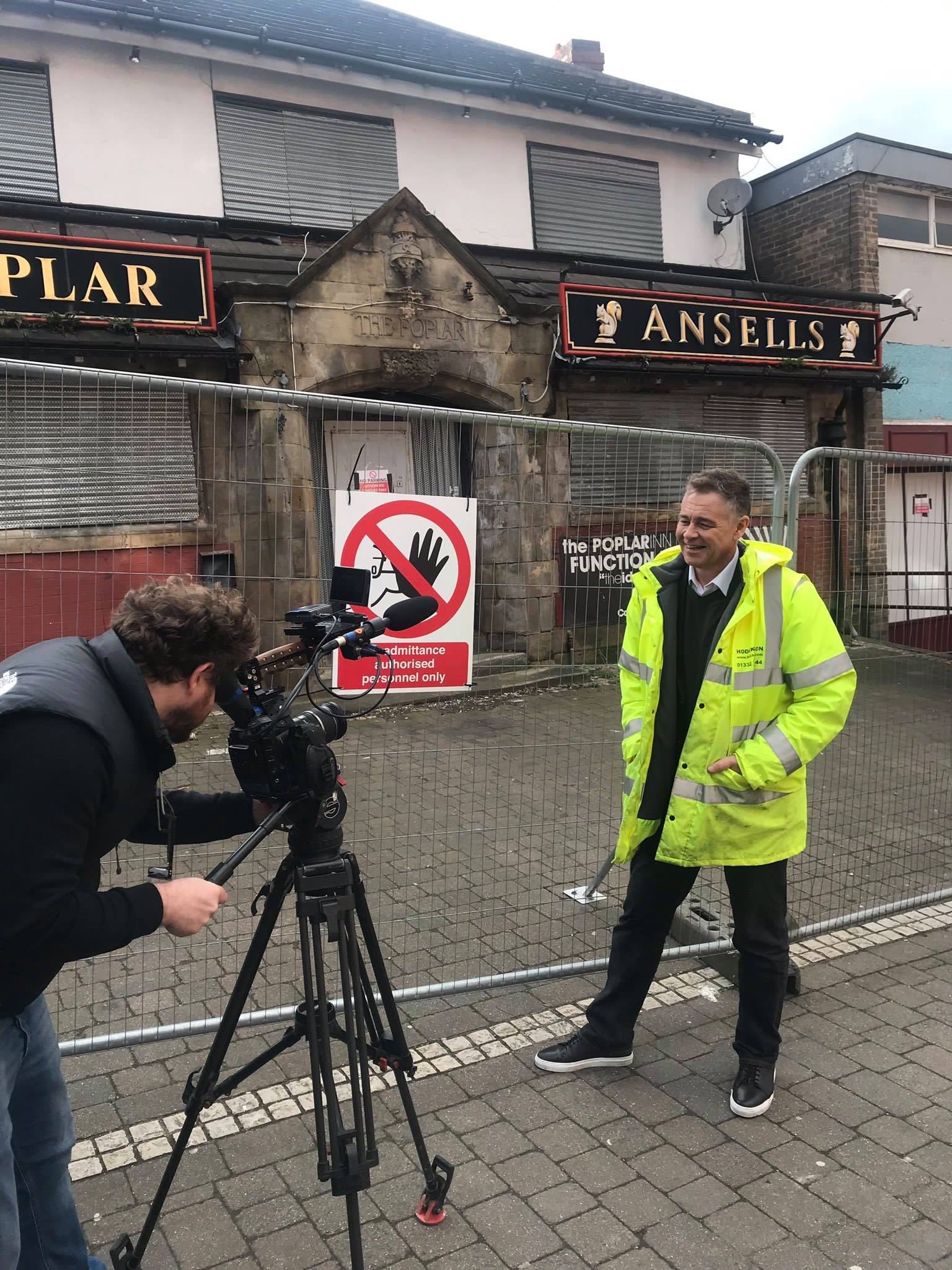 Back by ‘Poplar’ demand: Derbyshire pub to feature on Scrap Kings this week

A derelict Derbyshire pub, which has been levelled to make way for the development of 26 new homes and a business centre, is to be featured on a prime time TV show later this week.

The Poplar pub, on Ilkeston’s Bath Street, which was an inn and ‘beer retailer’ as far back as the 1850s before falling into disrepair during the recession, is to be featured on ‘Scrap Kings’ – a TV series on Freeview channel, Quest.

The show visits projects in the world of demolition, salvage and waste management and the Poplar scheme is due to air at 9pm in a two-part mini series on Tuesday, October 29 and Tuesday, November 5.

The pre-Halloween episode will feature Derbyshire ghost hunter Richard Felix, who has appeared on TV’s Most Haunted.

The Poplar project is particularly relevant to the 45-minute show because as part of the regeneration scheme, Derby-based developer Hodgkinson Builders is re-using the stonework and signage from the pub to help preserve the site’s unique place in Ilkeston’s heritage.

When the show’s film crew conducted its onsite filming at the onset of work in January, they tried to build a better picture of that local heritage by urging residents to share their photos and anecdotes of the old pub – and according to the programme’s producers, the response was outstanding.

Ian Hodgkinson, director of Hodgkinson Builders, which has already pre-sold the homes to Futures Housing, said: "We were amazed that the development attracted the attention of a TV channel but we couldn’t be more excited that we’re about to see our latest project in a series about the demolition process.

“We have had to be tight-lipped about the project, but can now reveal when it will be aired, and we cannot wait to see the outcome of our hard work.

“Given how much fun we had with the film crew, it should be great fun to watch – and if it adds some extra impetus to our attempts to regenerate the Bath Street end of Ilkeston, all the better.”

On completion of the scheme, which has become known as 'The Revival of Bath Street', the site will offer a mix of two and three-bedroom houses, as well as apartments and a barn conversion, plus a business centre incorporating office units for rent with a new access road.