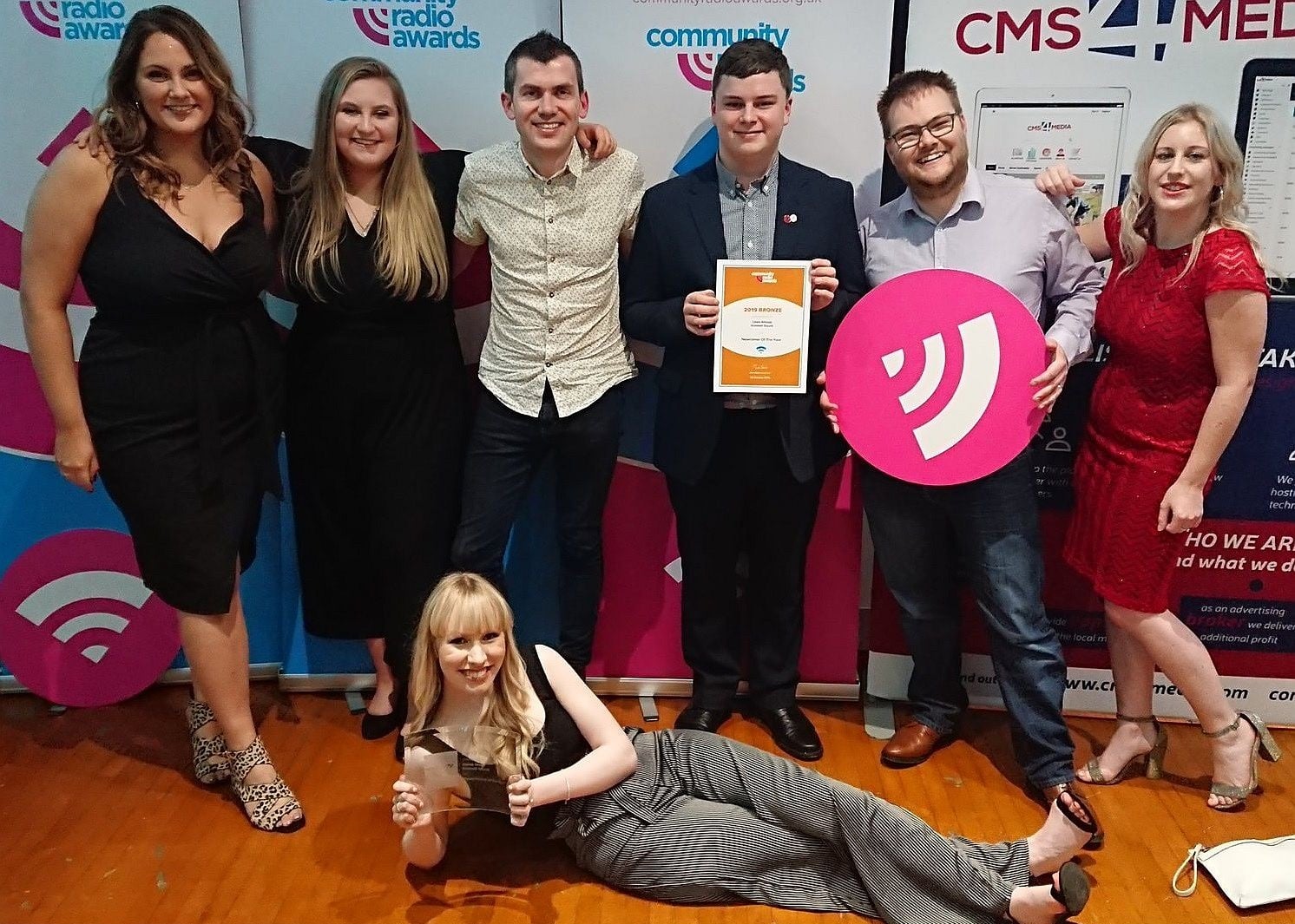 The annual event was, this year, held at Barry Island in South Wales with a large delegation of presenters, friends and family making the long journey to attend the ceremony which was held on Saturday night.

Erewash Sound submitted a total of 17 entries for the 2019 awards which resulted in a total of six nominations in five categories. Just minutes into the official part of the evening which was co-hosted by 2018 award winner and Erewash Sound presenter Mark Jarvis, Lewis Allsopp collected bronze in the Newcomer of the Year category, whilst after two years of coming close, Emma Snow was the Gold award winner of the Best Young Presenter title.

Having heard the bronze and silver awards read out in her category whilst sitting at her table, Emma said to those around her table that she felt sure that she was not in line for the gold award before being shocked to hear her name read out.

She took to the stage as gold award winner and thanked the Station Manager Jeff Martin who she described as the "the most amazing man I have ever worked with, he believed me from the start when I said that I wanted to be a presenter." She added: "I absolutely love it, I'm addicted to radio and I can't get out of the hold of it". Becoming emotional at the podium, she thanked her friends and family as well as everyone at Erewash Sound.

Both presenters took to social media in the wake of collecting their prizes. Lewis expressed his gratitude but said that he really couldn't believe it, whilst 21 year old Emma said: "I'm absolutely shocked, but this means so much to me and for once I am speechless! Thank you!"

Other Erewash Sound award nominees were:

Female Presenter of the Year: Jeannie Nicolas
Male Presenter of the Year: Paul Stacey
Entertainment Show of the Year: The Jeannie Nicolas Show
Young Person of the Year (under 25): Tom Lamb
The news of the awards success comes just weeks after the radio station handed out its first NCFE accreditation to Academy students, after presenters dressed as superheroes raised £300 for Treetops Hospice Care, the announcement as 'Best Commercial Radio Station in the East Midlands' in the Midlands Enterprise Awards and after the broadcast regulator OFCOM granted permission for a second transmitter to better serve the south and south-west of the borough.