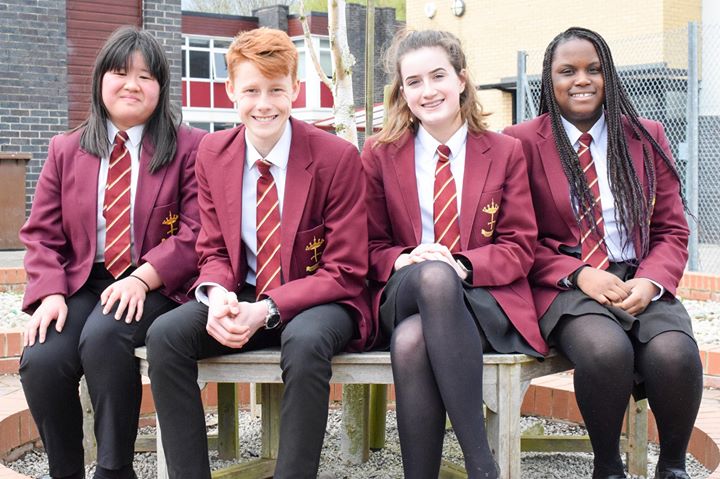 Saint John Houghton Catholic Voluntary Academy has been judged ‘Good’ in every area by Ofsted inspectors and ‘Good’ overall.
Inspectors said that improvements had been made in pupils’ progress and that the quality of teaching had improved since the last inspection in 2017, which saw the school, in Kirk Hallam, graded as ‘Requires Improvement’.
The support from executive headteacher Kevin Gritton was highlighted along with the St Ralph Sherwin Multi Academy Trust, which inspectors said had ‘provided the impetus, challenge and support to help the school to secure rapid improvements.’
The report said: “The headteacher is supported by an executive headteacher who has the drive and the vision to help the school make rapid and sustained progress. The trust, which was newly constituted in September 2018, has provided thorough support for the school through its strategic leadership, clear improvement strategies and extensive training opportunities provided for the middle leaders.”
Headteacher Joan McCarthy was praised for her strong moral leadership which inspectors, who visited the school over two days in May, said reflected the values and ethos of the school.
Lead Inspector Paul Sweeney wrote in his report: “Senior leaders have responded positively to the weakness identified at the last inspection and the recommendations from the monitoring visit. Their actions have begun to secure good leadership at all levels and effective teaching. They have been well supported by the executive headteacher.
“The St Ralph Sherwin Multi-Academy Trust (the trust) has provided the impetus, challenge and support to help the school to secure rapid improvements. As a consequence, pupils’ progress has improved and continues to do so in Year 10 and in Key Stage 3.”
The report noted that the leadership of teaching and learning was good and that the broad and balanced curriculum reflected the needs of pupils.
Pastoral leadership at the school was described as ‘strong’ through the new House system that has been introduced and inspectors said pupils behaved well in lessons around the school site.
Mr Sweeney wrote that pupils’ spiritual, moral, social and cultural development reflected the school’s core ethos and that pupils were confident and embraced the opportunity to offer service for the school and wider community.
Inspectors noted that leaders had worked hard to ensure that disadvantaged pupils made better progress, safeguarding was effective and the new governing body, supported by the Trust, had an accurate view of the strengths and weaknesses of the school.
Sean McClafferty, chief executive of St Ralph Sherwin Catholic Multi Academy Trust, said he was very proud and pleased for the Saint John Houghton community.

He said: “Leaders, including governors, staff and pupils have worked so hard to achieve this positive outcome. As a new Trust this year we have supported the school and I am delighted that that support has been recognised by inspectors and made such a significant difference in such a short space of time.”

Mrs McCarthy said she was proud of all staff and students.

She said: “We are so pleased for the whole school community and this result is testament to the hard work of the staff and our leadership team. It was pleasing to note the positive comments about our students, their conduct and their hard work.”

Mr Gritton said everyone was delighted with the outcome of the inspection.

He said: “I am particularly delighted that the progress since the last full inspection has been recognised as well as the very caring and supportive nature of this wonderful Catholic community. These are exciting times for the school having recently welcomed three new Assistant Headteachers onto the school’s Senior Leadership Team. We at the Saint Ralph Sherwin Trust will continue to work closely with leaders at the school and this positive Ofsted outcome will only strengthen our resolve to continue to improve.”