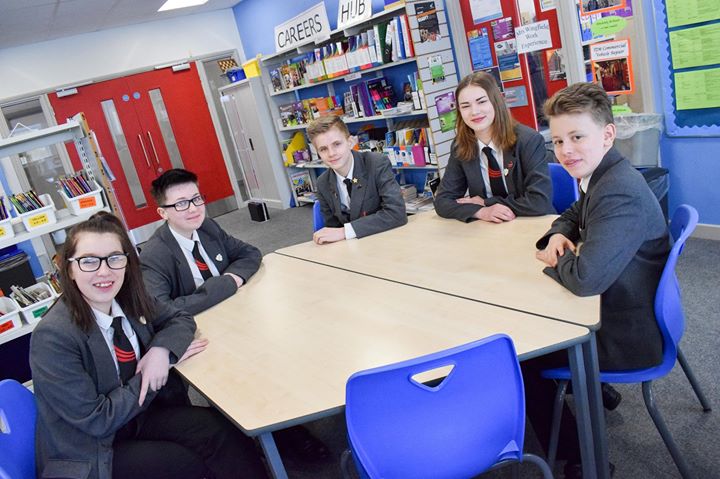 Five students have been appointed as anti-stigma champions at Ormiston Ilkeston Enterprise Academy to raise awareness of mental health issues among young people.
Kayleigh Whitehead, Rebecca Smith, Tom White, Martyna Kluch and Josh Morley, from Years 7 to 10, volunteered for the roles.
They have received specialist anti-stigma training, carried out assemblies in school talking about mental health, met with the academy’s Senior Leadership Team to discuss their ideas and organised a poster competition.
Students were asked to design a poster to raise awareness of mental health issues and the anti-stigma champions chose three winners. They were Elli Brown, Kimberley Crowther-Moore and Tynan Eggleston and their posters will be produced and displayed around the academy.
Louise Craven, safeguarding officer at OIEA, has been working with the students along with OIEA learning mentor Jo Birkin.
They are both keen to promote the posters within the wider community.
Mrs Craven said: “The students have taken the lead on this awareness raising initiative and they chose 10 posters that they thought were the best and then selected the top three. We would like to reproduce the top 10 and as well as display them in school we are hoping to take them out and display them in the local community possibly at the library, the council offices and supermarkets.”
The anti-stigma champions and staff are holding a coffee morning at the academy, in King George Avenue, from 10.30am to 12.30pm on April 26th , to promote their campaign and to raise money to go towards the cost of reproducing the posters.
Tom, 13, said: “I wanted to get involved because it’s something that I hadn’t really heard about before and it’s important that young people feel they can talk about mental health and any issues that might be affecting them.”
Martyna, 14, said: “We have already done assemblies and run the poster competition. We are also working on creating a dedicated room at school where students can go to have a bit of time out or talk to us or a member of staff.”
Mrs Craven said she was proud of the efforts of the anti-stigma champions so far.
She said: “We’ve really been letting them lead on this project and we want them to take ownership of it. Students need to know that it’s good to talk. Statistics show that mental health is just as important as physical health.”
Photos: Five anti-stigma champions and three poster competition winners.