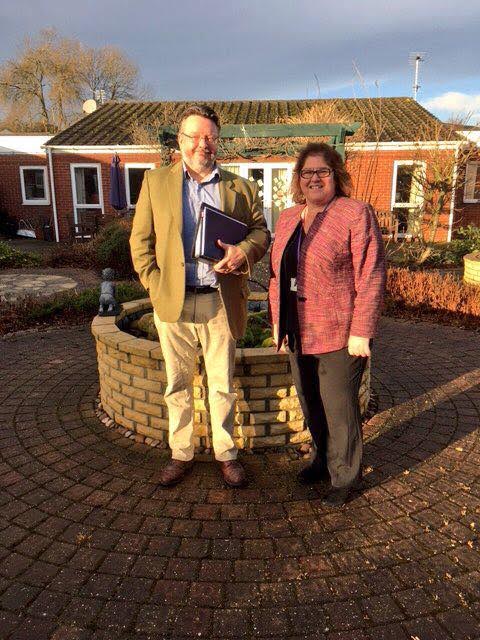 Derbyshire County Council’s ruling Conservative administration has revealed that Hazelwood Care Home in Cotmanhay will remain open until a brand new facility is built in the community to replace it.

The Council recently consulted local people on the future of the home, after it was revealed that the building needed substantial structural repairs. Original estimates suggested the work would cost £1.7million, equating to almost half the Council’s repair budget for all the homes in the County.

A second opinion from independent experts was sought after residents and campaigners questioned the accuracy of the original estimate, but came in even higher at £3million.

Subsequently, a further option has been put forward by an independent structural engineer to carry out far less costly remedial work on the roof to extend the building’s life. This would allow the Council to develop and implement plans for a new care home in the area before ultimately closing Hazelwood.

At a meeting of the Cabinet on 22nd February, leading Conservative Councillors are due to consider a report which recommends that Hazelwood care home remains open until a suitable alternative is found within Cotmanhay, with essential work carried out to ensure it remains safe in the meantime.

Once a suitable site and design has been agreed, the home’s residents will be asked for their views before any work starts. One of the locations currently being considered is the site of the old Bennerley Fields School.

Commenting, Cllr Jean Wharmby, Cabinet Member for Adult Care, said: “We’ve consulted with residents, their families and the local communities and I’d like to thank all those who’ve taken part and for making clear the strength of feeling locally.

“We’ve listened really carefully to what people have told us, which is why we’re now recommending that Hazelwood should stay open while we develop our plans for a brand new home in the Cotmanhay area.

“In the meantime, we’ll be carrying out essential repairs to ensure Hazelwood is up to the standards that people expect and deserve. Once our plans for the new home are further developed, another period of consultation with Hazelwood residents will take place.”

Cllr Barry Lewis, Leader of Derbyshire County Council, added: “I cannot forgive Labour Councillors for failing to carry out the necessary repairs to the home while they were in power and for their pious indignation during the consultation. Had they done their job when they were in power, we would not have been facing such a difficult decision brought about by huge repair costs.

“I’m delighted that we’ve managed to find a new way to overcome the problem and give some certainty back to Hazelwood residents, who have always been at the very forefront of our minds when considering our options. I look forward to seeing the plans for a brand new home in Cotmanhay and discussing them with our residents.”

Pictured: (1) Cllr Barry Lewis and Cllr Jean Wharmby on a recent visit to Hazelwood Care Home. (2) Ilkeston’s local County Councillors, Tony King and Robert Flatley discussing proposals for a new care home in the area at Bennerley Fields, one of the sites currently being considered.