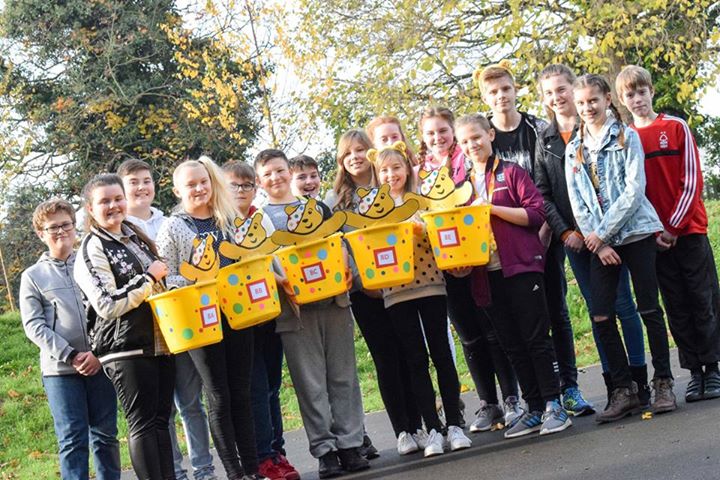 Students at Ormiston Ilkeston Enterprise Academy have raised more than £800 for Children in Need.

Throughout the day students in Year 8 collected donations in buckets, Year 7 wore pyjamas, Year 9 baked and sold cakes and Year 10 ran a guess the number of sweets in a jar competition. Year 11 were busy with mock exams. A total of £822.58 was raised.

This is just one of a number of fundraising initiatives held by the school in the past 18 months.

They include coffee mornings and cake sales, raffles, collections, a school show, a sponsored skip and most recently a bake-off and coffee morning for Macmillan Cancer which raised more than £550.

Students sang, danced and performed extracts from the Wizard of Oz at the school show, held in July, and raised £237 for Ben’s Den and Calm.

Also in July, Year 7 students took part in the sponsored skip and raised £819.53 for the British Heart Foundation.

A total of £657.66 was raised at a charity coffee morning held in memory of staff member Dee Matthews and the money went to Ben’s Den and Calm – two charities supported by Dee, pastoral manager at OIEA since 2005, who passed away before Christmas.

Students sang Christmas songs at B&M Stores in Ilkeston in December and raised £734 for P3 Charity, particularly to support the work it does with young people aged 16 to 24.

Last November, students organised a range of events including a raffle, collection and treasure hunt and raised £338.13 for Children in Need.

One of the first fund-raisers of the school year was a coffee morning organised by student Evie Young, who wanted to raise money for Macmillan Cancer after losing her dad to a brain tumour. Students and staff baked cakes and biscuits and served parents, carers and family members at an afternoon-tea style event held in October 2016. They raised £633.76.

She said: “We are extremely proud of our school community and that includes students, their families and staff and we would like to thank everyone for their support. We work hard to help others and have managed to raise money for a range of good causes over the past 18 months and I’m sure this will continue long into the future.”