END OF AN ERA… 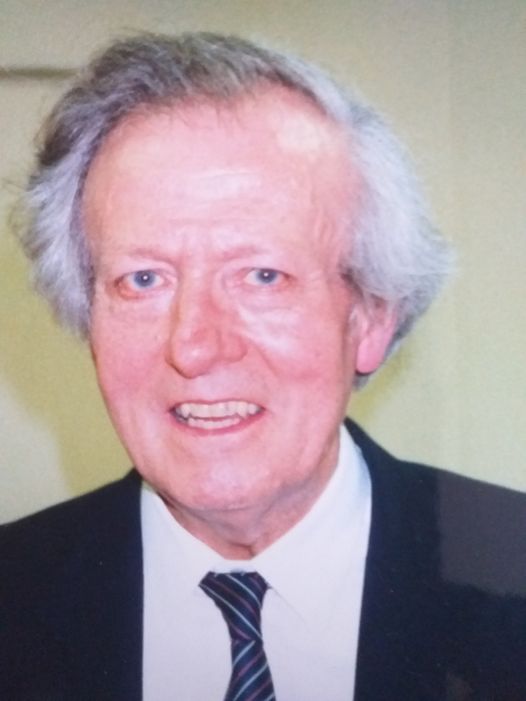 END OF AN ERA
Well known and respected local estate agent, Bill Twells has died aged 90. He was born and bred in Ilkeston, the son of a local haulier. He lived in the area all his life, apart from a brief spell in Lincolnshire.
Bill was a keen motorcyclist in his youth, winning a number of trials competitions until he broke his leg, bringing his biking days to an end.
He was also involved with Young Farmers and featured prominently with the local group for many years. This led to him being secretary for the Derby County Show.
Bill was a devout Christian, regularly attending, and being actively involved in St Mary’s whilst he lived in Ilkeston and then St Wilfrid’s, when he moved to Hilltop Farm.
His van was often used to give people lifts to church and the Junior Covenanters on their trips. Bill enjoyed supporting church activities throughout his life and could often be seen doing the washing up in the village hall.
His auctioneering skills came in handy at the Harvest Festival, raising money for charities. Bill often covered auctioneers’ holidays at Newark and Leek cattle markets, something he thoroughly enjoyed.
Leaving school as early as he could, Bill became a chartered surveyor, a field he felt passionately about, starting his own estate agents in Lower Bath Street, Ilkeston. Building on the success of the business, he moved to larger premises on Market Place. W.G. Twells Estate Agents quickly built a reputation for being reliable, trustworthy and dependable. Throughout his life, Bill was often approached by people saying “you helped me buy my first (and second…) house”.
Working hard to establish his business did not stop him making time for family life, moving from Stanton Road, Ilkeston to the farm in Stanley. Although his love of pigs only led to one being on the farm, the main focus was mixed beef farming, often getting best price at Derby market.
The children were lucky enough to have horses and a cheeky Shetland pony, rabbits, guinea pigs and an orphaned lamb. The hustle and bustle of farm life kept everyone busy, especially at harvest time, when friends and neighbours would be roped in to help.
Moving to West Hallam in 2010, Bill missed the farm but not the geese who had hounded him for years. Bill continued to work, having sold the business, formerly retiring on his 90th birthday. Dialysis had become part of his life, however. He remained active and especially enjoyed outings to the Derbyshire countryside, cafes, local pubs and restaurants with his partner Margaret. His enthusiasm for farming never waned, taking a keen interest in market prices for cattle and sheep.
The community has lost a kind and caring gentleman and he will be missed by all. The family will cherish many fond memories of a generous and supportive father and grandfather for many years to come.
Bill passed away on 8th January, 2023. His funeral will take place at St Wilfrid’s Church, West Hallam on Wednesday 25th January.