Four are sentenced for the murder of Byron Griffin…. 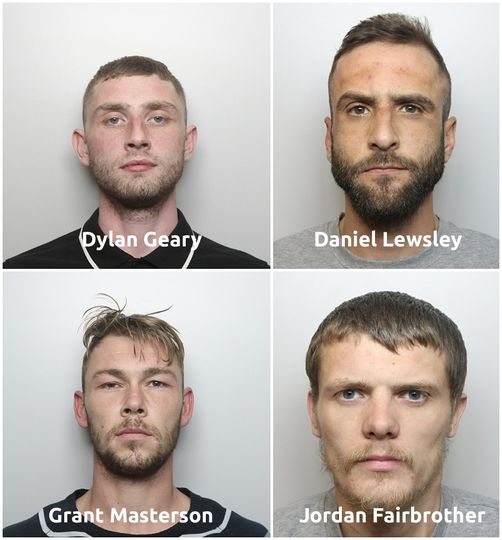 Four are sentenced for the murder of Byron Griffin.

Four men have been jailed for a combined total of 103 years after being found guilty of the murder of a 22-year-old man in Ilkeston in 2021.

The incident began when Byron Griffin, along with four friends, drove

to Great Northern Close, Ilkeston, in a blue Ford Focus in the early afternoon on Sunday, July 4, 2021.

As Mr Griffin left the car Grant Masterson produced a baseball bat and the pair began fighting – before the three other men joined in to aid Masterson.

Masterson was armed with a baseball bat – while Dylan Geary armed with a machete slashed at the 22-year-old from East Leake.

Witnesses then saw Jordan Fairbrother stab Mr Griffin in the chest with a knife, which, when found by… More