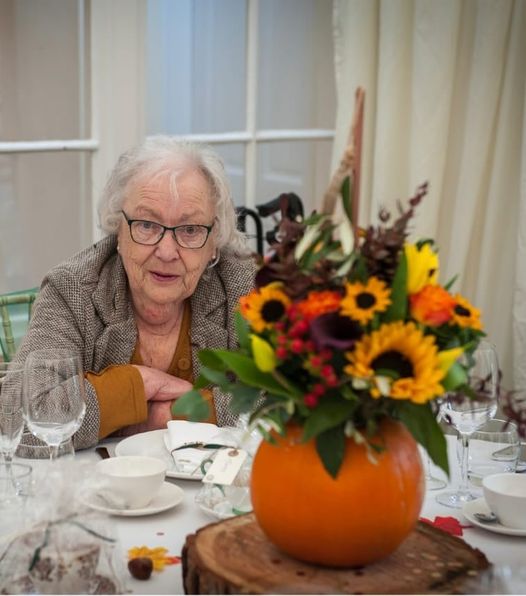 Gardener Elaine Cooke ordered daffodil bulbs to be handed out at her funeral.
She wanted family and friends to plant them and think of her when they flower in the spring.
After the gifts were handed out, niece Debra Webster read Wordsworth’s verse “Daffodils” to the congregation at All Saints’ Church, Kirk Hallam.
Elaine also gave instructions for Lonnie Donegan’s song “Seven Golden Daffodils” to be “played loudly” later at Bramcote Crematorium.
The Reverend Christine French told mourners: “Elaine left notes about the music and readings in this service.
“She wanted everyone here to leave with a few daffodil bulbs to plant. She was an amazing lady.”
Elaine was the daughter of Ilkeston Pioneer newspaper sports reporter Bill Hutsby. In her childhood, they lived on Nottingham Road, Ilkeston.
She went to Cavendish Girls’ School where she learned shorthand and typing, leading to work at Beauvale Furnishings and Leaderflush.
She married in 1963 and has a daughter Kim Reston.Elaine had suffered from COPD for more than 30 years and lived on Lime Tree Rise, Kirk Hallam.
Revd French told how Elaine was looking forward to Christmas and had already started shopping for family celebrations. As well as being a keen gardener, Elaine enjoyed reading crime novels and “shopping for bargains.”
After the service, daughter Kim said: “She wrote us notes in case she died during the Covid virus. It was quite funny but sad really. She said ‘don’t be sad’ and felt it should be a celebration.
“She was a great grandmother and had four great grandchildren who called her GG, for Great Grandma and Mama to Amy and Emily.
“She thought the world of the latest, granddaughter Harper, who is two and a half.”