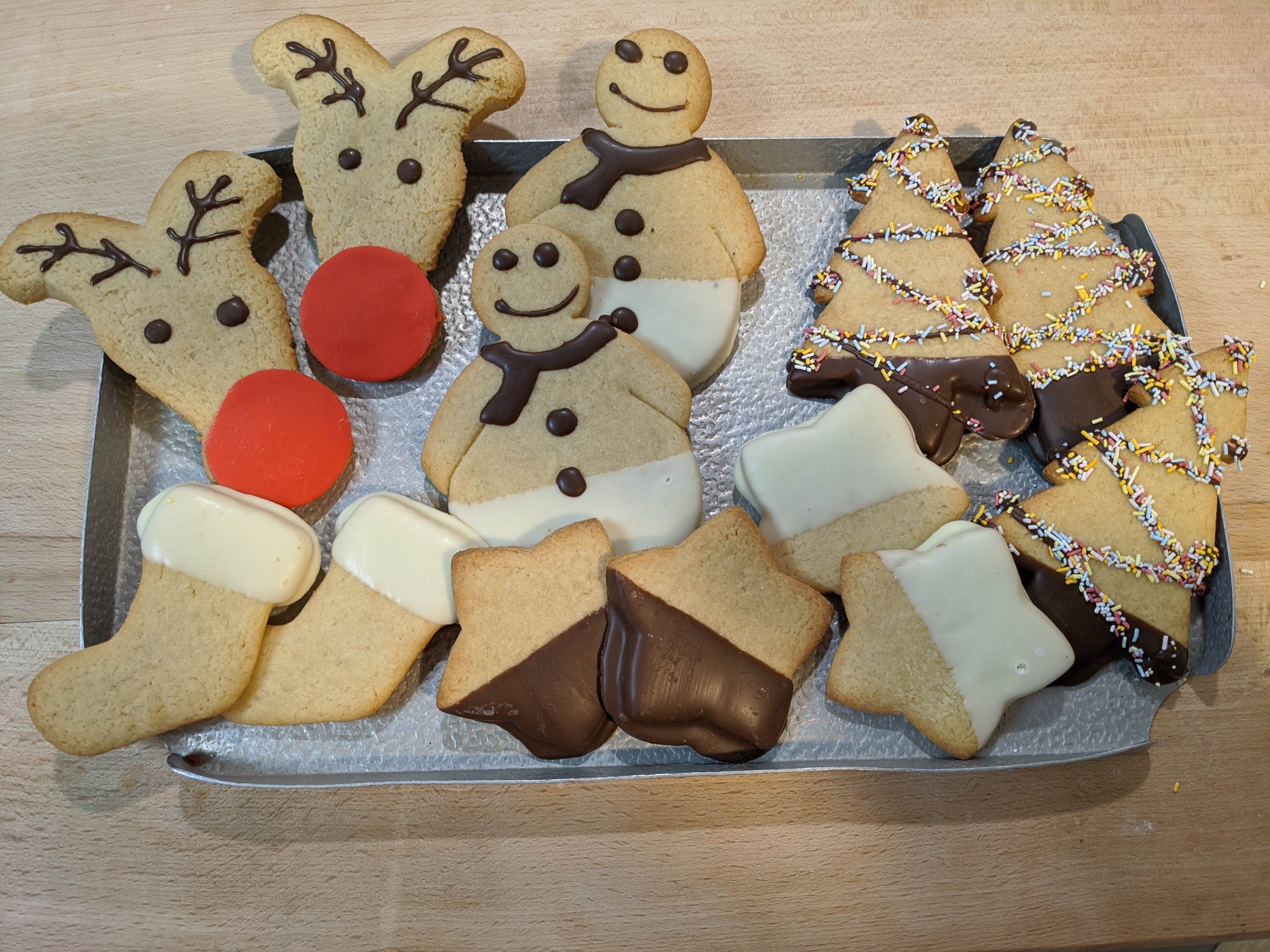 A family-run bakery which expects to sell a whopping 16,000 mince pies this festive season has unveiled a host of other Yuletide treats.

Stacey’s Bakery, which has branches in Ilkeston’s Bath Street and South Street, as well as Heanor and Eastwood, has revealed its Christmas fare – which includes a brand new mouth-watering sausage roll and a puff pastry bake, both with a festive twist.

David Stacey, managing director of Stacey’s and great grandson of the bakery’s founder, Guy Stacey, has devised a recipe for a sausage roll which contains sausage, turkey, bacon, stuffing and cranberries.

David has also created a new multiseed loaf that is studded with juicy cranberries and stem ginger, and topped with a caramelised crust.

He said: “Although we love to make our traditional Christmas items each year, which are always popular, it’s also a lot of fun coming up with something different for the festive season, and also a treat to taste-test them, too!

“The festive sausage rolls are very tasty, so our tasting panel says, especially hot ones. Our new Christmassy loaf is delicious toasted or served alongside a cheeseboard this Christmas.”

As well as these savoury goods, Stacey’s, which has been feeding families in Ilkeston since the 1940s, is also offering a range of festive gingerbread biscuits, including snowmen, star, Christmas tree, stocking and Rudolf shapes.

Also back for the season are Stacey’s popular Christmas cakes, festive chocolate logs and twigs, as well as individual slices of Christmas cake, chocolate rum truffles that look like Christmas puddings, and a cranberry and almond scone.