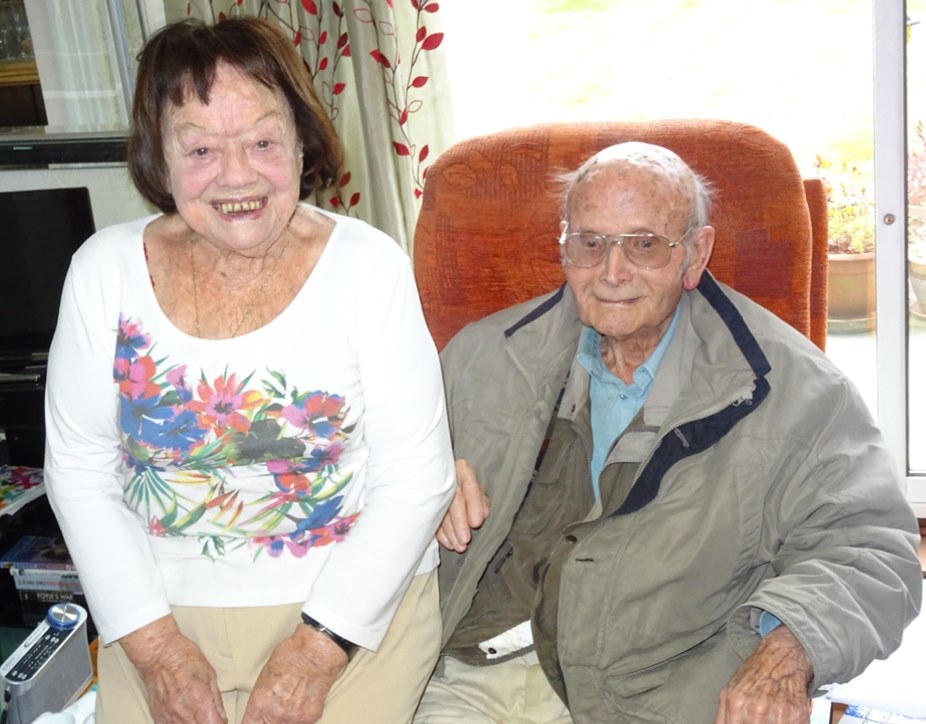 The death has occurred this morning (11/11/19) of Len Wright, aged 102 years.
A couple of years ago, his friend Bombardier Billy Wells wrote about him to mark his hundredth birthday in Ilkeston Life.
Len's advice for a long life that day was: Don’t worry about trivialities.
He was born in Burton but moved to Ilkeston in 1950 following war service.
He met his wife Dorothy at a Loscoe Miners Welfare Dance, and they married in 1957.
Len got a job working for the Ilkeston Electricity Board at Toll Bar House, White Lion Square, in the expenditure department.
In 1962, encouraged by a neighbour he took up skiing and became a member of the Derby Ski Club. In the bitterly cold and hard winter of 1962 he helped build a ski-lift in Belper. Len got the skiing bug and spent some ten years holidaying in the Pyrenees, Austria and the Italian Alps, he even managed to encourage Dorothy to join him on one occasion, driving to Italy in his Morris Minor, though she didn’t try skiing.
For domestic holidays Len and Dorothy used to go camping at Harlech, before purchasing a small holiday home which they kept for 27 years.
Never idle throughout his life, after retiring Len spent a number of years with a small group of retired men who would go rambling every Wednesday morning, before age caught up with them.
In later life Len’s sight has failed and Len and Dorothy are involved with the Blind Veteran’s Association, formerly known as St. Dunstans, and the organisation in turn has been a great help to them.
Len kept fit throughout his life, swimming twice a week at Victoria Pool, Ilkeston and Highfields Lido.
He also became a member of Ilkeston Arts Club trying his hand at oil, acrylic and water colour painting.
He and Dorothy were an active couple and gained a good reputation for their hospitality in Kirk Hallam where they spent their later years. Dorothy survives her husband, who remained ‘bright as a button’ with a memory of a man much younger.
Pictured: Dorothy and Len Wright.