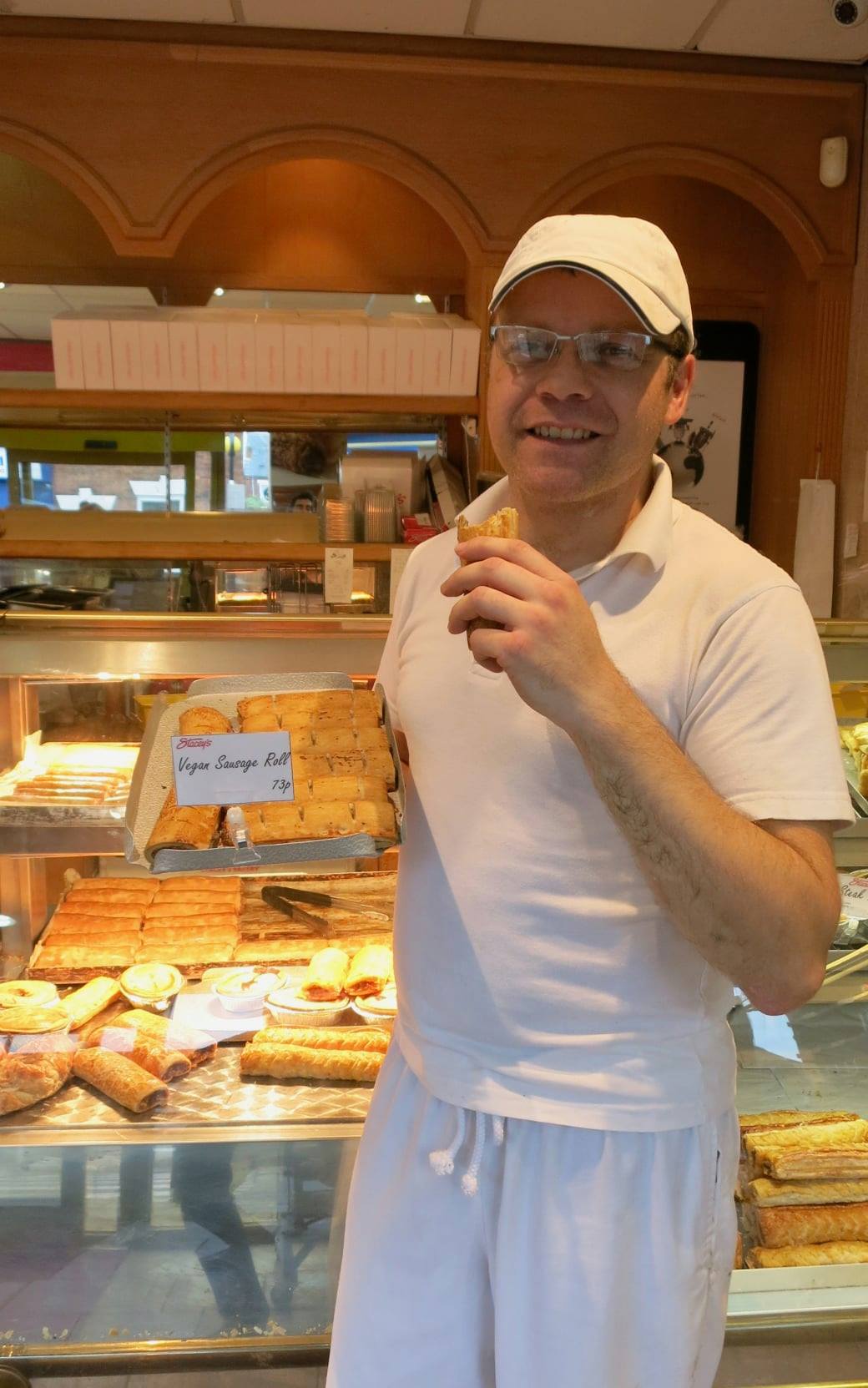 Local Baker Joins the Vegan Revolution
In the build up to World Vegan Day on Friday 01 November, a traditional Derbyshire Bakery has introduced its first ever vegan sausage roll.
Stacey’s Bakery, which has been creating traditional baked goods for customers in the Ilkeston area of the East Midlands since the 1940s, has never introduced a vegan alternative to a meat-based product before.
But its first vegan sausage rolls have now hit the shelves and, according to David Stacey, managing Director and great grandson of the bakery’s founder, sausage rolls lend themselves to veganism much more naturally than most people imagine.
He said: “Believe it or not, pork isn’t actually the most important ingredient in a good sausage roll. It’s the lovely pastry, the spices, the seasoning and the herb-infused breadcrumbs.
“What you need from the pork for a rich, juicy sausage roll is the fat. But we can easily substitute that with vegetable suet and by replacing the egg wash with a seasoned pea-based glaze, we can also add extra colour and taste to the pastry case.”
So are they as good as the real thing? According to David, they’re every bit as satisfying. “You still get the flavours of thyme and pepper; you still get the juicy meat texture; and you still get a flaky puff pastry jacket. It just comes in a product that now satisfies the ethical standards people look for in true vegan food.”
Veganism, a lifestyle movement that originated in the 1940s, aims to avoid the exploitation and ill treatment of animals brought about by consumer-driven appetites for food and clothing – and in the last decade, it has been growing rapidly…
According to recent research by the Vegan Society, the number of vegans in the UK quadrupled between 2014 and 2018 and now stands at well in excess of 600,000. As it continues to gather momentum, it’s even now being predicted that vegans and vegetarians will account for a quarter of the UK population by 2025.
Plainly then, there is significant business sense in baking products that satisfy that growing demand but for David, it’s about much more than just big numbers.
He said: “More and more people are now enjoying vegan food in our High Streets, so rather than force vegan customers to buy from non-specialist chains, we’re keen to give them access to real food, baked with the utmost care by a bakery with generations of know-how behind it.
“Even I love them – and I never thought I’d hear myself saying that!”