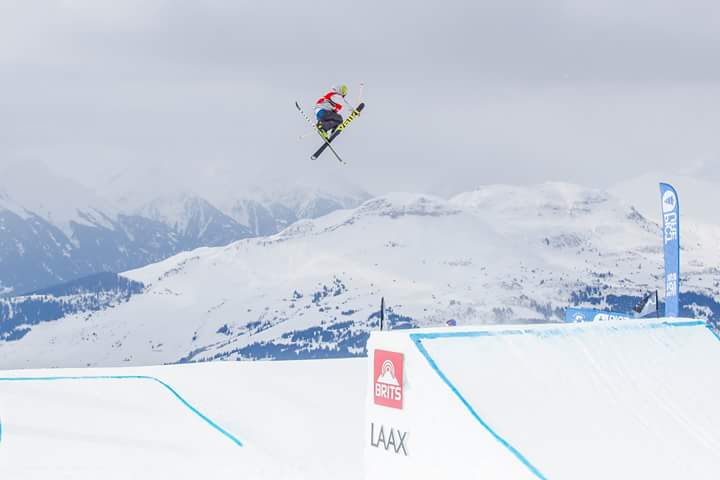 He competed in the British Freestyle Championships in Laax, Switzerland, where he won gold in the Men’s U18 Big Air, silver in Men’s Big Air – taking second place on the Overall Podium out of 50 competitors, gold in the Ritblat Endeavour Award for Best Trick Men’s U18 and bronze in the Men’s U18 Half Pipe event.

He competed at LAAX Switzerland this March in a Swiss Slopestyle competition against International Athletes from around the World and finished inside the top 12.

Justin also represented GB at the junior world championships in Italy last year and is part of the Team GB Park and Pipe Development squad with his sights set on competing in the 2022 Winter Olympics in Beijing.

Justin started skiing at Swadlincote Ski Centre when he was seven and progressed onto Freestyle Skiing five years ago – training weekly at Stoke-on-Trent and Hemel Hempstead.

He said: “I love Freestyle Skiing as it is such an adrenaline rush doing flips, spins and particularly the jumps which feel like flying.

“I am pleased with my performance at the British Championships but had to cut short the rest of my training and miss one camp and my last Europa Cup of the season as I had a bad concussion and needed to come home to rest.

“The conditions were very challenging with lots of fresh snow and 25km winds which is not conducive to Freestyle Skiing.

“It has been a good season though and I am now concentrating on my College work and UK-based training before heading back out to camp in December.

“My goal is to become a professional and back this up with coaching.”

Derby College Sports and Public Services Team Manager Nick Ramsden concluded: “Justin is amongst a group of elite athletes in a wide range of sports who study with us at College.

“Our previous students have included Olympic swimmer Adam Peaty so we are geared up for supporting these young people to not only fulfil their sporting potential but to gain good qualifications which will support them during their future careers.”