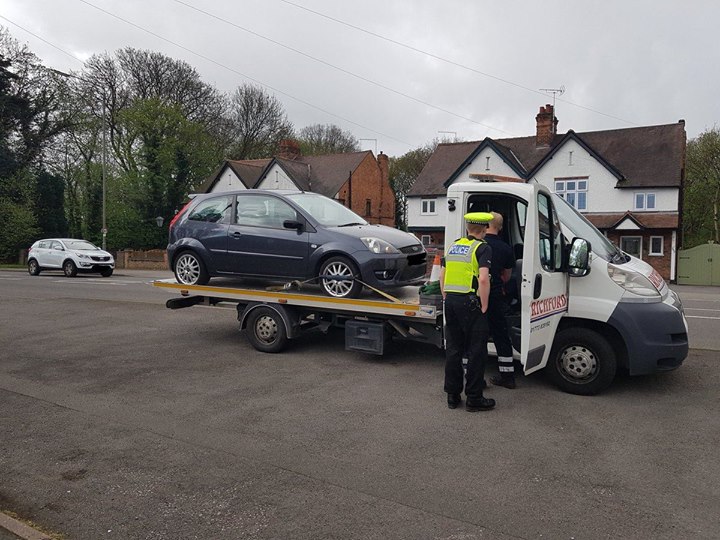 A team of our Special Constables were out in force in Erewash receently supporting the Safer Neighbourhood teams in targeting illegal motorists.

The operation was held at three different locations across the borough and resulted in over 100 motorists being spoken to by the team.

The team of eight Specials were particularly focussing on excess speed, vehicle defects, drivers not wearing their seatbelt, the use of mobile phones whilst driving and vehicles with no current insurance.

Sergeant Damien Shannon, who is in charge of Safer Neighbourhood policing in Erewash, said: “All of the Special Constables are volunteers who give up their own time to come on duty and we are really grateful for the work they do.

“We know from speaking to members of the public that the safe use of the roads is important to communities and so this operation is very welcome.

In total 33 drivers were dealt with in relation to excess speed, 4 for not wearing a seatbelt, 3 about using a mobile phone whilst driving, 15 about defects on the vehicle and one car was seized for not having any current insurance in place.