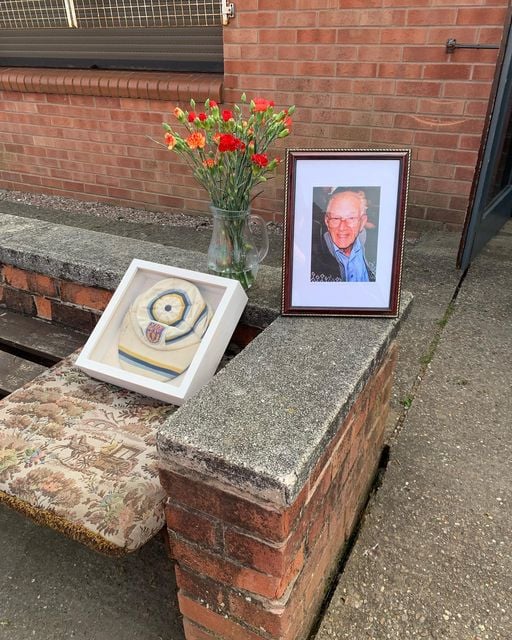 A 99-year-old war veteran has died two weeks shy of his 100th birthday.
Dennis James Lovatt’s funeral takes place at Bramcote Crematorium this Friday 10th September.
He was born on 3rd September 1921 in Stanley village. He was called up for national service aged 19 in 1941 and spent five years in the British Army Artillery Regiment, serving in Italy, Africa, Germany and France, for which he received several medals.
He married his wife Dorothy in 1942 and they had two children, Maureen and Karen. They lived for 53 years on Beauvale Drive, Cotmanhay. Dorothy passed away in 2012 after they had spent 70 years together.
Dennis worked for East Midlands Electricity Board for 37 years until he retired in 1986.
He enjoyed playing cricket, and there is to be an annual match for the Dennis Lovatt Memorial Cup played in his honour at Nutbrook Cricket Club.
Dennis was a grandfather, great-grandfather and great-great grandfather. He lived independently until his death on 21st August.
The Royal British Legion will be in attendance at his funeral where he will receive full military honours.