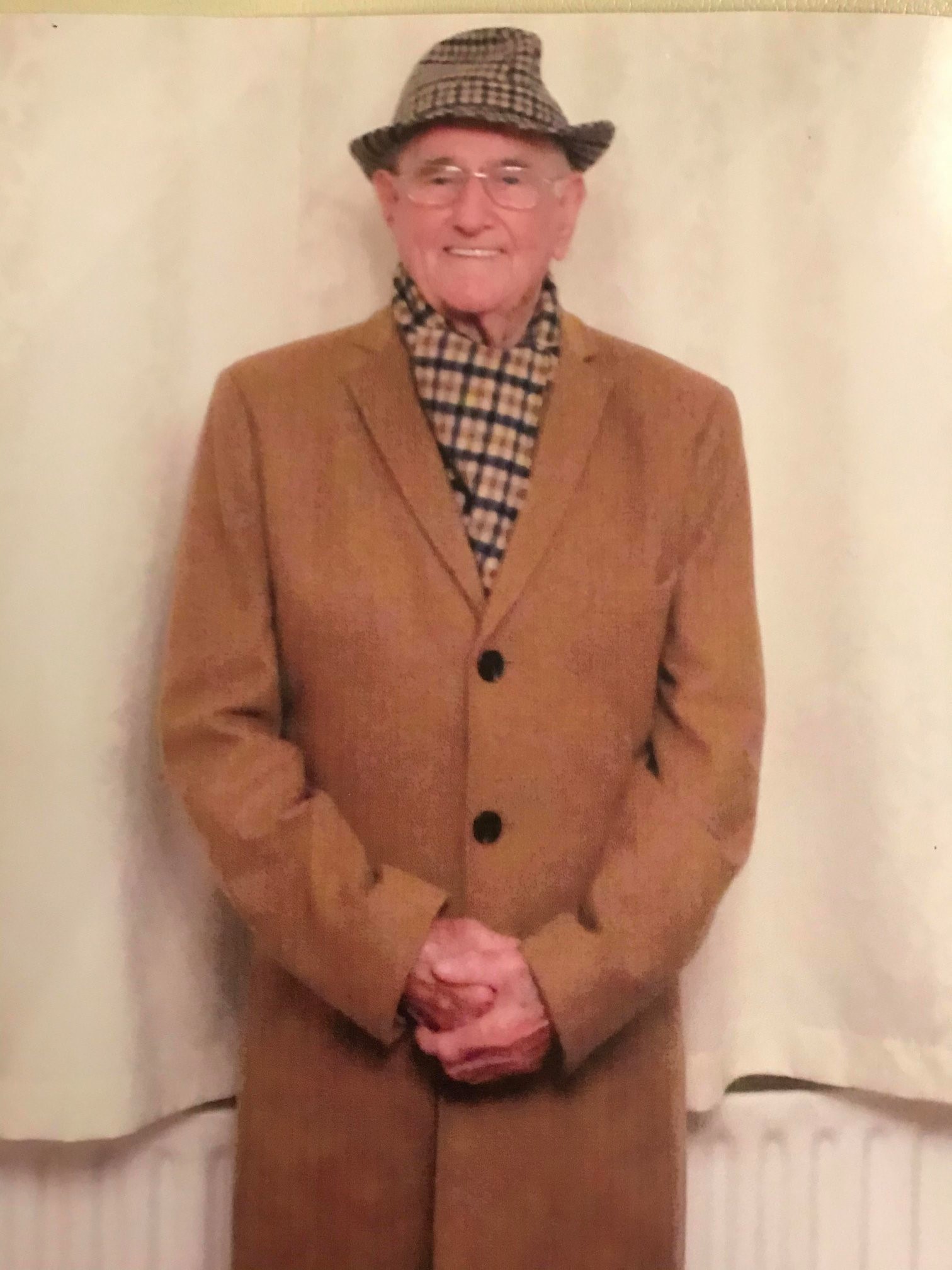 The death has occurred of ex footballer and shed builder Frank Walters.
Frank passed away suddenly on 31st December 2019, aged 97 years. He was a familiar face around town and at the New Manor Ground where he was a regular, supporting Ilkeston Town FC, the team he played for in the 1940s and 50s.
The club will pay tribute to him with a minute’s applause before this Saturday’s game (18th Jan.) Many of his family are attending and two of his great grandsons will be mascots. Lewis Elliott, 6, plays for the Robins U7’s team.
Frank was born on the 20th of June 1922 on Nottingham Road Ilkeston, in a cottage at the side of the Needlemakers Arms, which became home to the family wood yard business in which he worked as a boy chopping and selling sticks.
He was the second child of eight, having six brothers and a sister and he was the last surviving of the siblings. Walters Sheds is still going strong, now located at the Ropewalk and is run by Frank’s nephew Mark Walters. After his retirement Frank used to love to go down and help build a shed.

Frank also worked for many years as a moulder at Stanton Iron works.

He was known for his energy, telling jokes and ditties and anyone who met him could not believe he was 97. He used to joke that they had got the wrong date on his birth certificate.

Frank was a keen sport enthusiast and enjoyed various sports including bowls, darts and boxing but his passion was always football. He regularly attended matches with his son Trevor and was proud that during 2019 he was able to watch a home game with four generations of the family and saw his great-grandson run onto the pitch as part of the Robins U7’s team.

After playing as a forward for Ilkeston Town he went on to play for Cossall Colliery and Crossley Premier well into his thirties. After his playing career, Frank helped his younger brother Bill Walters manage Valley Park FC for some years. Several players from Valley Park went on to play for the Robins. Frank and Bill were also responsible for resurrecting the “Ilkeston Hospital Cup” that used to be held on the Old Manor Ground.

Frank also had a love of music and loved playing the organ. His mouth organ would always make an appearance at a party, he loved a good old sing song.
He died suddenly on the last day of 2019 at Derby Royal Hospital after suffering a heart attack.
He leaves behind sons Ray, aged 76 and Trevor, 73, plus grandchildren. Frank was a great-great grandad, being the oldest of five generations.
His funeral will be held on Thursday 23rd January with services at St Mary’s Church and Bramcote Crematorium and a wake at Ilkeston Town Football Club.