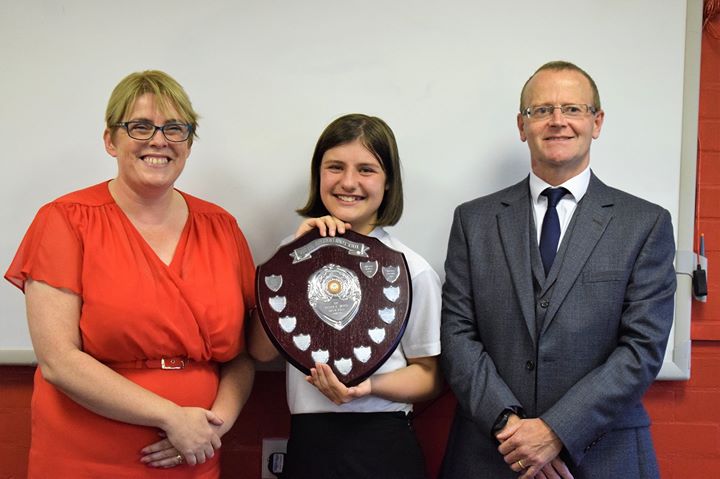 The successes of students at Saint John Houghton Catholic Voluntary Academy were celebrated at the school’s presentation evening.
Students in Years 7, 8 and 9 received awards for academic, sporting and musical achievements and outstanding contributions to school life were also recognised.
The event took place at the Kirk Hallam school and was hosted by newly appointed Head Boy Harrison Powell and Head Girl Sienna Grant.
Assistant headteacher Pete McNally, who is retiring at the end of term after 29 years at the school. was the guest of honour.
He said: “Every single award is formal recognition of how well you’ve done. It’s an award that you have earned. We want you to be proud of your achievements here when you get things like this and to all of your parents I would like to say thankyou for sending your children to this school and for supporting them, that relationship is crucial for the future success and happiness of your children. In all my 29 years here the support I’ve received has been second to none. We have a brilliant bunch of teachers and we’ve got the best lay chaplain who supports our students and our teaching staff every day.”
Mr McNally went on to thank the caretakers, midday supervisors, the admin team, ICT support, kitchen staff, cleaners, governors, headteacher Joan McCarthy and deputy headteacher Steve Brogan.
Mr McNally said: “We are SJH community and this school will never be about buildings and facilities, it’s about the people.”
Mrs McCarthy told the gathered audience of parents and carers how proud she was of every student at the school.
She said: “All of the students should be proud of what they have achieved and I would like to thank them for all of their hard work and dedication. We are so, so proud of you.”
Mrs McCarthy also paid tribute to Mr McNally and described him as an SJH ‘legend’.
She said: “You have inspired everyone in this room and this school community loves you and we wish you every happiness.”