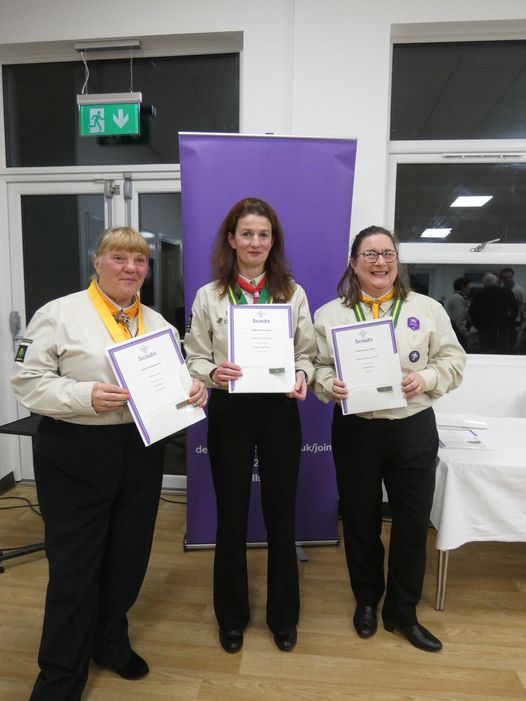 Diane said: “It is great to be acknowledged in this way and all recipients are proud to be wear their badges of honour which are awarded for their dedication to the young people in Scouting above and beyond in the roles they carry out.”
Call Diane on 0115 932 9979 to discuss leadership opportunities in Scouting.
Pictured: Diane Harris, Elizabeth Barratt and Bridget Langton-Leivers.