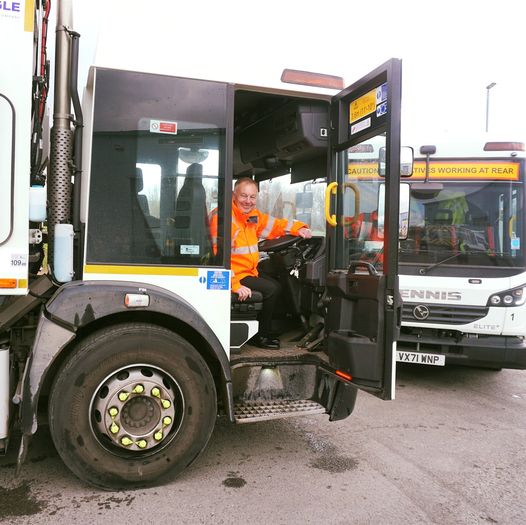 The rear-steer Dennis Eagle Elite 6’s, which use half as much fuel as older vehicles, will be used to collect waste and recycling in the borough.

The vehicles, which cost around £170,000 each, are fitted with 360 degree angle live cameras and electric lifts on the back.

There are also plans to install technology that will allow the teams to record round information on tablets in the cabs of the lorries. This will update the central system, so that staff can monitor activity live.

“These new vehicles are more environmentally friendly, have a larger capacity and are more efficient. The rear wheel drive will help the vehicles to access streets easier and the cameras will mean that crews can be seen in action from the office, with live access to streets that have been collected that day.”

Primary school children will be given the chance to name the new lorries. The names will appear on the side of the vehicles.