Denbo’s story gets a mixed reception… 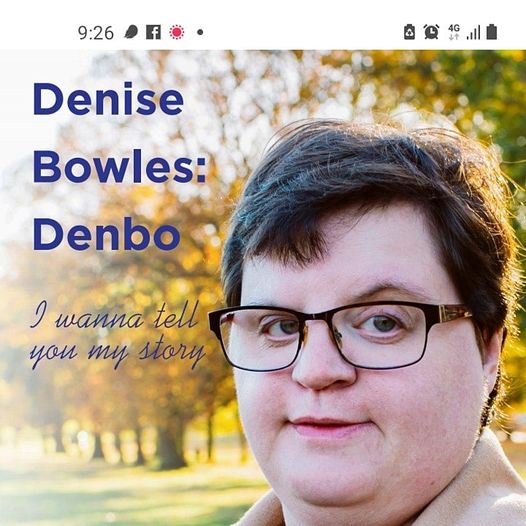 Denbo’s story gets a mixed reception

An Ilkeston woman who has written a book about her life says that she experienced excitement and nervousness in the days since its publication.
The pleasure of getting good online comments was tempered when negativity crept in. She described the spoilers as immature people acting like schoolkids trying to destroy her moment in the limelight.
She claims internet trolls are posting bad reviews without having read the book.
Denise Bowles, known locally as Denbo, launched her paperback, I Wanna Tell You My Story, a few days ago on Amazon.
She recalls difficulties in her life such as being physically abused as a child, being bullied at school, being diagnosed with a learning disability and having mental health challenges.
She has risen above them all and says she is now “happier than I’ve ever been.” She is in paid employment working with people who are facing problems similar to the ones she had to face.
It has only been out for a few days, but the book is selling well on Amazon, the only place it can be bought.
However, three one-star reviews have appeared (the lowest rating), apparently from people who have not been identified as purchasers of the book. Alongside were derogatory comments.
Denise said: “For those that are being disrespectful regarding my book and leaving feedback that’s not nice, I bet you have not even read it and are trying to put people off from buying it and having a read.
“I know there is no pleasing everyone but when you write a book about all the struggles in your life that you’ve overcome, and more or less leaving that past behind, it’s made my confidence much stronger.
“I’ve tried to make it an inspirational story for others who can relate to similar situations in their own lives. Negative comments and views from ‘playground school kids’ who have not read the book are not worth my time.
“My focus is not on the negativity, especially as it was revealed these people had not purchased my book at all, and the ones who were verified as buyers were full of praise and encouragement.”
The book, published by StoryTerrace, costs £14.99 and can also be bought as a Kindle edition (£6.99).