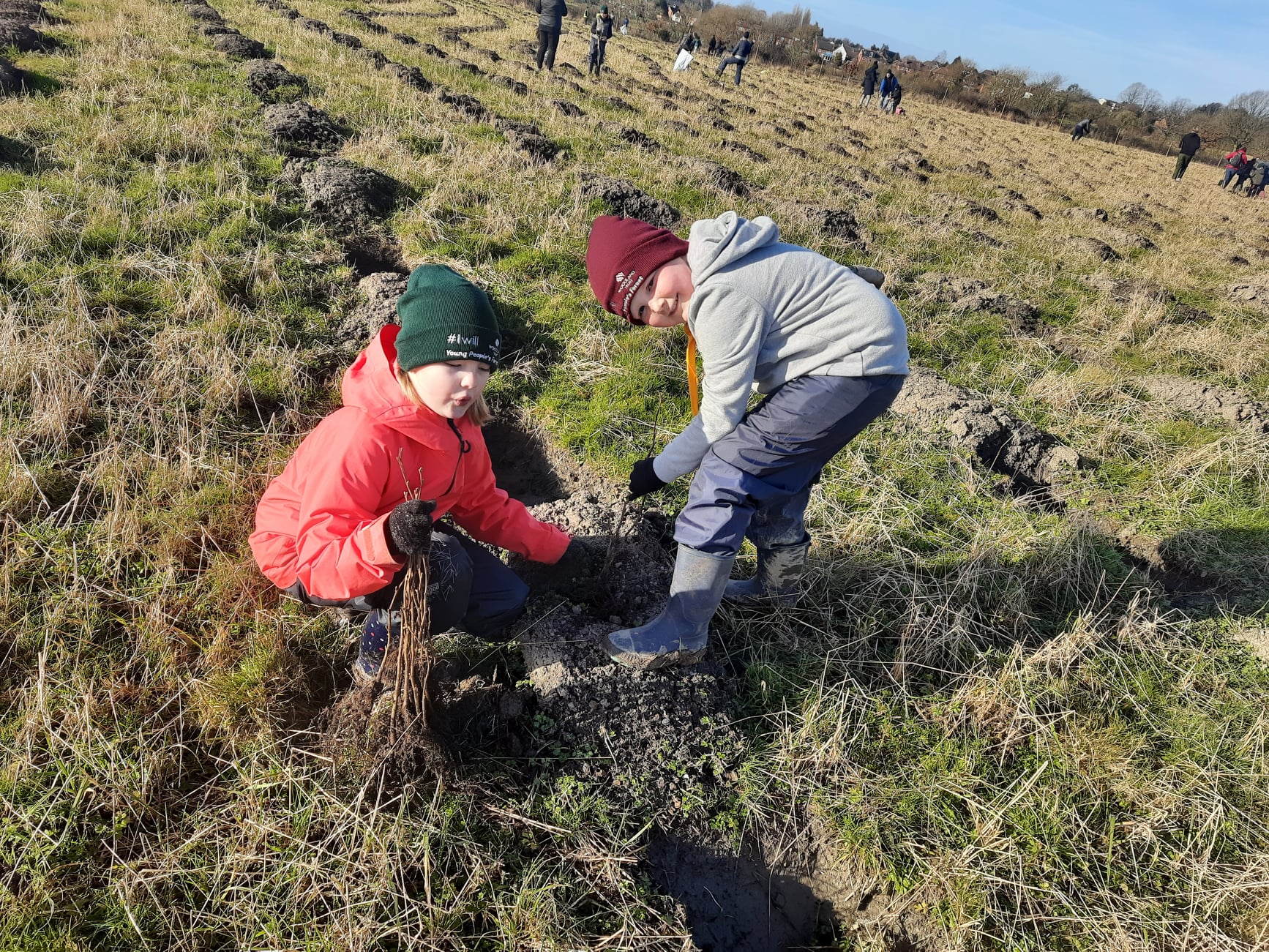 Members of Ilkeston District Scout Group got stuck in with tree planting with the Woodland Trust at the Young People’s Forest at Mead, near Heanor. 41 members from the 21st Scout group – Beavers, Cubs and Scouts along with Beavers from the 10th Ilkeston and Explorer’s from Apocalypse ESU and Voyager ESU took part in the Young People’s Planting Day.

They met up at Shipley Visitor Centre to walk the 30 minutes to the site, then everyone spent the morning planting a variety of trees, including oak, birch, holly and field maple. Parents of the younger children were warned that they would get muddy and they did! Everyone was given a woolly hat prior to starting and were rewarded with a hot drink and cookie once they had done.
The kids really enjoyed their time doing good for the environment and the activity also went towards badgework.
A few days later an email was received from the Woodland Trust – The Scouts made a real impression with them: “I honestly can’t thank you enough for getting so many Scouts, Cubs and Beavers involved. I heard from several of our volunteers how very polite they all were. One young lady was taken back that they all thanked her individually for holding the gate open from the path.”

The Young People’s Forest at Mead in Derbyshire covers 162 hectares of former opencast coal mine. In total more than 250,000 trees will be planted whilst maintaining large areas of open space and species rich grassland. Two more community planting days are planned: 26th February and 12th March.