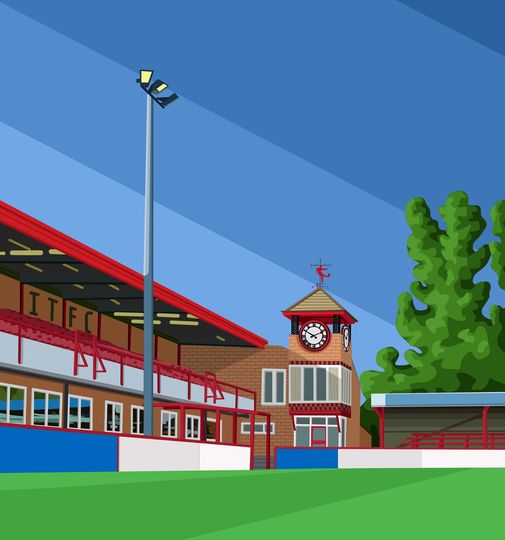 Ilkeston Town prepare for 4G pitch debut with Town Fest event The next chapter in Ilkeston’s footballing history begins on Saturday with the debut of the New Manor Ground’s brand new 4G pitch.

Ilkeston’s New Manor Ground will host a special day of events on Saturday.

Great investment has been pumped into Ilkeston Town – the club’s most recent incarnation following two liquidations in the previous ten years – with numerous impressive ground improvements and plans for a widespread redevelopment of the NMG still in place.

The club’s grass pitch was ripped up over the summer, with chairman and owner Mark Clifford hailing the new surface as a huge asset to the club and community.

He said: “The laying of the pitch is in its final stages now and we expect the handover to be on friday.

“The pitch puts us in a position where the club is in a sustainable model for the first time ever, and will be a great asset for both the community and the club and where we can bring both the seniors and juniors under one roof, as well as the New Manor Sports Foundation.”

Saturday will see a day of special events, labelled Townfest, with a legends versus fans match preceding a pre-season friendly between the Robins and Long Eaton United.

That in turn will be followed by a night of entertainment including live bands, face painting, a bouncy castle, a penalty shoot-out and a raffle.

Admission is £8 for adults and £1 for concessions.

Clifford said: “It’s been a tough time for everyone and above all we’re looking forward to finally being able to welcome fans back to the New Manor Ground and watching football.

“Since we last completed a season, we’ve carried out a lot of redevelopment at the NMG and hopefully the fans will continue enjoy the changes being made.”

With regard to the playing side of things, Clifford says he’s happy with the squad being put together by manager Martin Carruthers.

He said: “We’ve made some really good signings and have excellent squad depth now. We have competition in every area and that’s not excluding our talented U23 players who are all coming through really well and competing for a place in the first team setup.”