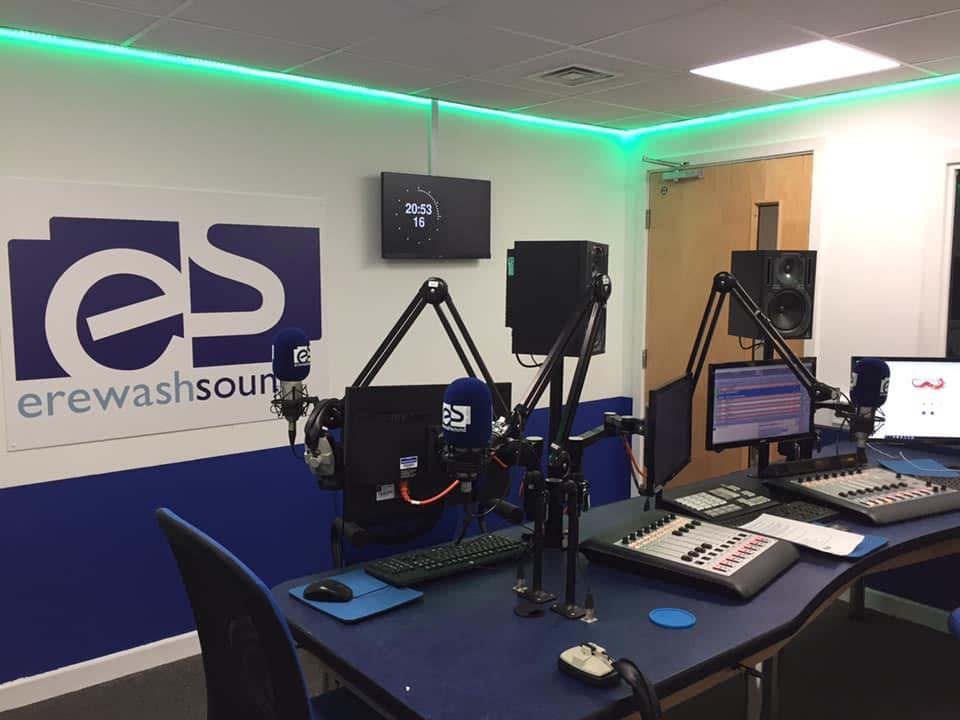 Erewash Sound could win another accolade, having been nominated for a Media Innovator Award.
They will find out in October if they have been successful.
The Media Innovator Awards 2021 will honour businesses and enterprises regarded as the driving force behind the region’s continued growth and success.
Ian Perry, spokesperson for the Cotmanhay-based community radio station said: “We are absolutely delighted to be put forward as a possible recipient of a Media Innovator Award.
“A great deal of hard work is put in by our volunteer team – particularly under very challenging circumstances during the pandemic – to provide a genuinely local 24-hour radio station.”
As well as broadasting on two FM frequencies and online, Erewash Sound also has a website and a social media presence.
Mr Perry, who presents the popular Lazy Sunday show, paid tribute to the local businesses supporting them and their many loyal listeners.
Holly Morris, awards co-ordinator said:
“We are proud to announce the Media Innovator Awards 2021, which aims to acknowledge those prestigious businesses, and individuals who have excelled within the industry. The awards programme actively welcomes all businesses, enterprises and professionals, from print media, to broadcasting and social media, amongst numerous other areas, to get involved with this valuable opportunity.
“Once votes for our Media Innovator Awards are received, our research team will carefully judge the nominees based on merit (not the number of votes) and various other criteria through information that is available both online and in the public domain, including any materials supplied by the nominees.
“The successful organisations are then presented with their award and complementary marketing materials that will be invaluable to their PR portfolio in publicising their win. We also give all nominees the additional option to be featured in our annual winners’ magazine with a worldwide circulation of 155,000 readers.”