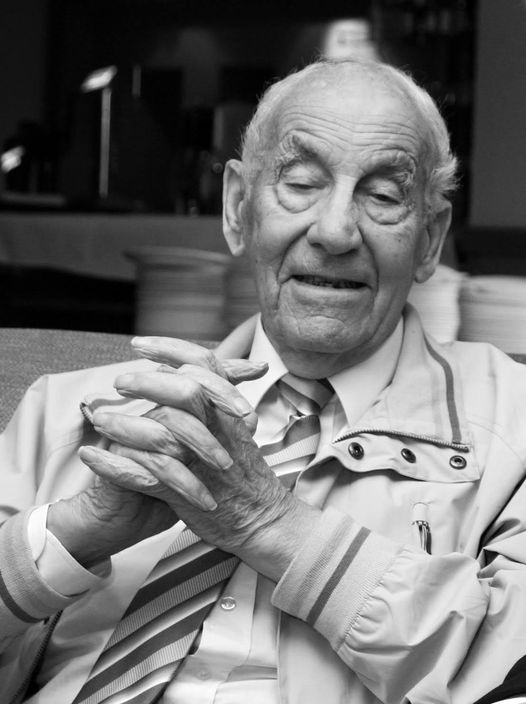 Sad news.
George Kenneth Holmes died today, six days after reaching his 101st birthday.
He was born on Wentworth Street, Ilkeston Junction on the 15th May 1920 to his parents, Florrie and Albert. He had an elder brother, Gordon and a younger sister, Barbara.
Ken served in the Royal Navy throughout the 1939-45 second world war conflict.
He was awarded the Legion d’honneur in 2018 – the highest decoration from the French government for his service during D-Day.
Ken loved the Royal Navy and was tempted to stay on after the war but decided, mainly due to the fact that he was engaged, to take his discharge along with thousands of others who had served for the duration of the war.
Upon his return home Ken worked for the British Railways where he was the Ganger, responsible for the stretch of line from Bennerley to Shipley Gate until he retired in 1985. Ken enjoyed every minute of his life on the railway and to this day never tired of saying ‘I’ve had a good life!’
Ken and his late wife Betty moved into a brand new bungalow on the newly built Cotmanhay estate in 1947. Ken continued to live there after his wife Betty died and later moved into Victoria Park care home where he was very well cared for by the excellent staff.
There was a big celebration for him at the home on his one hundredth birthday when TV news crews, Ilkeston Brass band, various dignitaries and friends and family came to wish him a happy birthday.