Jake (5) is taking on the Wild Challenge… 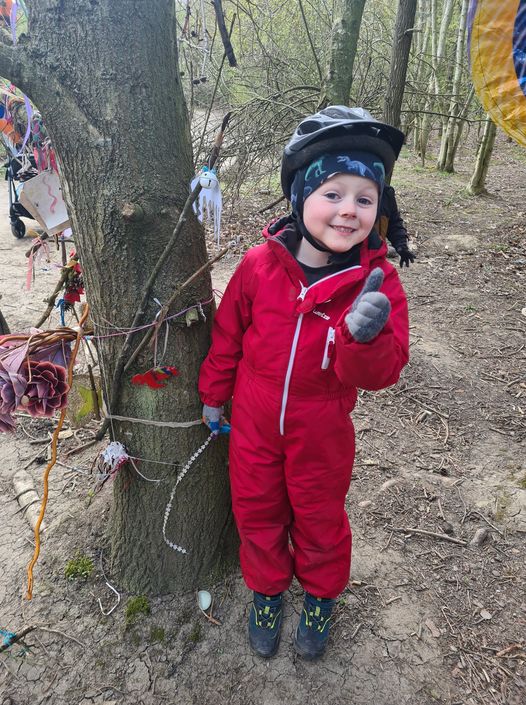 Jake (5) is taking on the Wild Challenge
Five-year-old Jake Burns will be taking part in Derbyshire Wildlife Trust’s 30 Days Wild Challenge next month.
Jake, of Little Hallam, Ilkeston, loves the outdoors and is looking forward to raising money for the organisation which supports local wildlife through its members and volunteers.
His mum Ashleigh Twigg says being outdoors has been his only escape during lockdown over the past year. She told us: “He’s suffered a lot recently with asthma and hearing issues. Being outdoors means so much to him and he loves wildlife. We have recently taken in tadpoles as the local ducks were eating them and released them when they became frogs.
“He loves to hike and ride his scooter and has a huge interest in bugs, particularly moths. He has also taken an interest in the environment and has helped us to swap a lot of our single use plastic such as straws, soaps, washing detergent to plastic free natural alternatives.
“He also prefers walking rather than polluting the air from the car. He loves animals and has a small zoo at home including three dogs, a cat and three mice, which he cares for.
“He’s so excited about starting his challenge on the 1st of June and wants to raise as much money as he can for the wildlife. He also wants to volunteer for the Trust after his challenge to see how his money is being spent to benefit the local countryside.
Among the challenges awaiting Jake every day next month are:
litter picking;
making bird feeders;
making hedgehog houses;
making bug houses;
planting wild flowers and bee/butterfly attracting plants;
moth cataloguing;
bat watching;
bird watching;
making posters;
holding an art auction via his Facebook funding page;
making bird nests.
Jake will be starting Dallimore Primary School, Kirk Hallam on 7th June.
He was thrilled when his family moved close to the Nutbrook Trail. He lives with his mum Ashleigh, Dad Phil, Pops (grandad) and his little sister Evie who is almost two and will be helping him on his challenge. He is also getting help from his aunties and cousin Franky. And not forgetting his biggest supporter Neenee – she’s helping him to run some sales throughout his campaign.

There is a go fund me page for anyone wishing to support Jake in his efforts: gf.me/u/zs4qx3