Curate on the move… 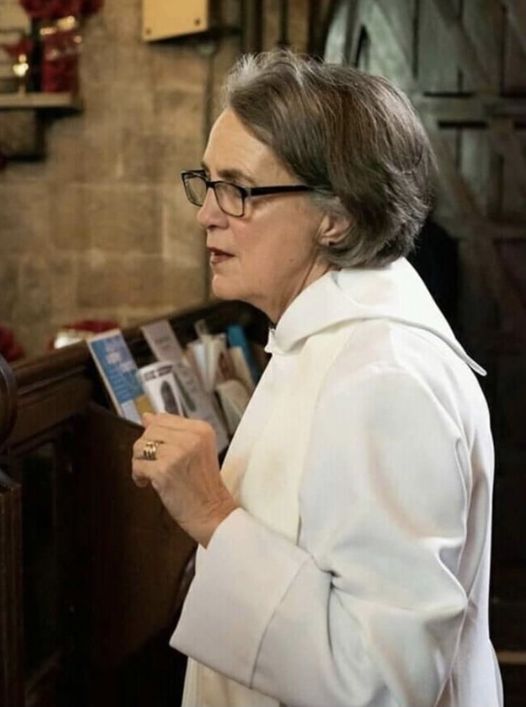 Curate on the move
Reverend Caro Hemmings said goodbye to parishioners at Kirk Hallam via an online service at All Saints Church on Sunday.
She and her husband Simon will soon be bound for Perth, Western Australia where she is to take up a schools chaplain post. They are both looking forward to spending time with family members who already live there.
Ilkeston has been their home for the past three years, a time which they have enjoyed, being involved mainly with Kirk Hallam Church but also other neighbouring churches.
Leading the morning service on 25th April, Revd Caro paid tribute to her mentor Revd Christine French and all the people she has worked with. She said: “I have learned so much from the many partnerships offered to me – Mothers Union, Messy Church, Ilkeston Winter Shelter, Every One Eats, visits to care homes, all of which seemed to involve food. Preparing a table to epitomise God’s love is part of the All Saints way of doing things.
“Practicalities have also been a huge part of my learning, from digging and filling in holes, sweeping up after horses, driving a dumper truck, painting Friendship House, clearing the wilderness at St John’s and a fair amount of washing up. I have developed skills that were not in my training but will definitely be useful in the Outback!”
Revd Christine French said: “It was with a mixture of emotions that people said ‘farewell’ to Revd Caro and Simon, sad that they were leaving the Ilkeston area that had been their home for the past three years but so excited for them in the next chapter of their lives and ministry that was in store.”
“Revd Caro will be licensed this summer as the Head of the Schools Chaplains in Perth in Western Australia. And while she is at school her husband hopes to spend the next few years of his retirement swimming, surfing and exploring Australia with family members who are eagerly awaiting their arrival.
More in the May Ilkeston Life paper.