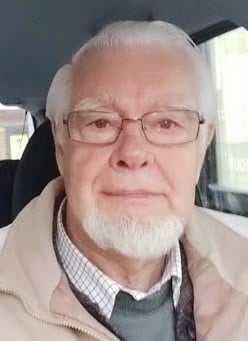 Bryan Moorley, elder son of George and Nellie Moorley former Ilkeston florists, passed away at his home near Swansea on 28th December. Educated at Gladstone Infants, Chaucer Junior and Ilkeston Grammar School, Bryan’s weekend job was in the family business on South Street.
Leaving School, he began his horticultural career at Lowe’s Roses at Beeston. Then back to the family business to manage a new venture in Market Gardening; the first site was where Castlefield Kennels is now, by Swan Lake. More acres became available at Spondon and production grew, but sadly the site was taken by a compulsory purchase order. As a distraction Bryan played cricket for a while with Ilkeston Tradesmen’s Team on Rutland Rec.
Nursery gone, it was fortunate a vacancy came up at Ilkeston Borough Parks Department. At this time he met Tricia, his wife to be, under the apple tree at the original Oakfield Riding School at Stanley Common. They were married in 1961 and Bryan worked at Victoria Park until Dad tempted him back to start a horticultural sundries and advice centre within the shop.
On Mum and Dad’s retirement a return to the Park ‘cultivated’ a brave decision – resulting in 3 years travelling from home in West Hallam to Higher Education in Retford. Now qualified as a teacher with many years’ hands on experience in horticulture, Bryan was appointed as a lecturer at Capel Manor Institute of Horticulture at Waltham Cross. During his years there many of his students were apprentices from London’s parks.
Bryan’s last employment was as Estate Manager at a Children’s Home near Kidderminster where he also taught gardening skills to the older children.
Although work brought its rewards, it was only a small part of who Bryan was: Christian faith underpinned his whole life – from a boy in Sunday School to Youth Leader at Nottingham Road Methodist.
In all the changes his 83 years brought, Bryan’s faith, family (especially Tricia, their two sons and their families) and friends (including some in Ilkeston) have been the ‘forget-me-nots’ that have always flowered.
A tribute to a dear brother from John and Jean Moorley.