Online show with 'competition' to give a flavour of town's popula… 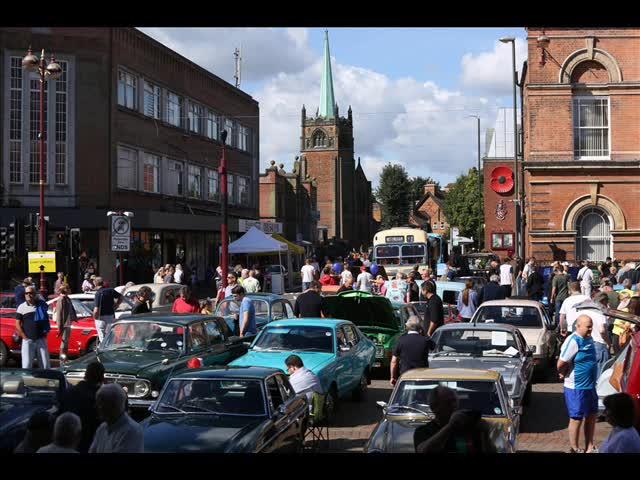 DETAILS have been released about a 'virtual' event that will replace a Derbyshire town's popular annual transport extravaganza.

Ilkeston Heritage and Classic Vehicle Show, organised by the events arm of enterprise agency Erewash Partnership was due to be held in the town's Market Place and surrounding streets this Sunday (August 9)..

But the organisers took the difficult decision in May, after talks with sponsors and partners, to cancel this year's event because of Government restrictions on holding events and public gatherings in response to the Covid-19 pandemic.

The free show, the biggest one-day attraction in the town each year, regularly draws thousands of people of all ages enjoying the sights and sounds of classic and sports cars, motorbikes and scooters, lorries, buses, tractors and steam engines of yesterday.

It also gives a boost to local businesses with some opening specially on the day, and charities also benefit. The event also raises the profile of Ilkeston and the Partnership.

So the organisers decided to put on a virtual show on the event's own Facebook page with exhibitors being able to upload photos of their vehicles and the public voting for awards.

There will be classes for best classic car, motorcycle, lorry, bus and tractor. Classes will be won on the basis of the number of 'likes' from people visiting the Facebook site.

Instead of the usual cups the organisers will be presenting certificates to the winners.

Highlights and memories from previous shows will also be shown on the site at Facebook Ilkeston Heritage and Classic Vehicle Show.

Ian Viles, chief executive of Erewash Partnership, said that such was the interest in the show he was still getting inquiries from people wanting to exhibit or attend, despite it being cancelled in May.

“We are delighted to make this facility available on Sunday,” he said. “It will not make up for the real thing but we hope that this will give people some pleasure. We hope to return next year, bigger and better.”