You may remember our story of Mr Tingle, the Granby schoolteacher who was buried… 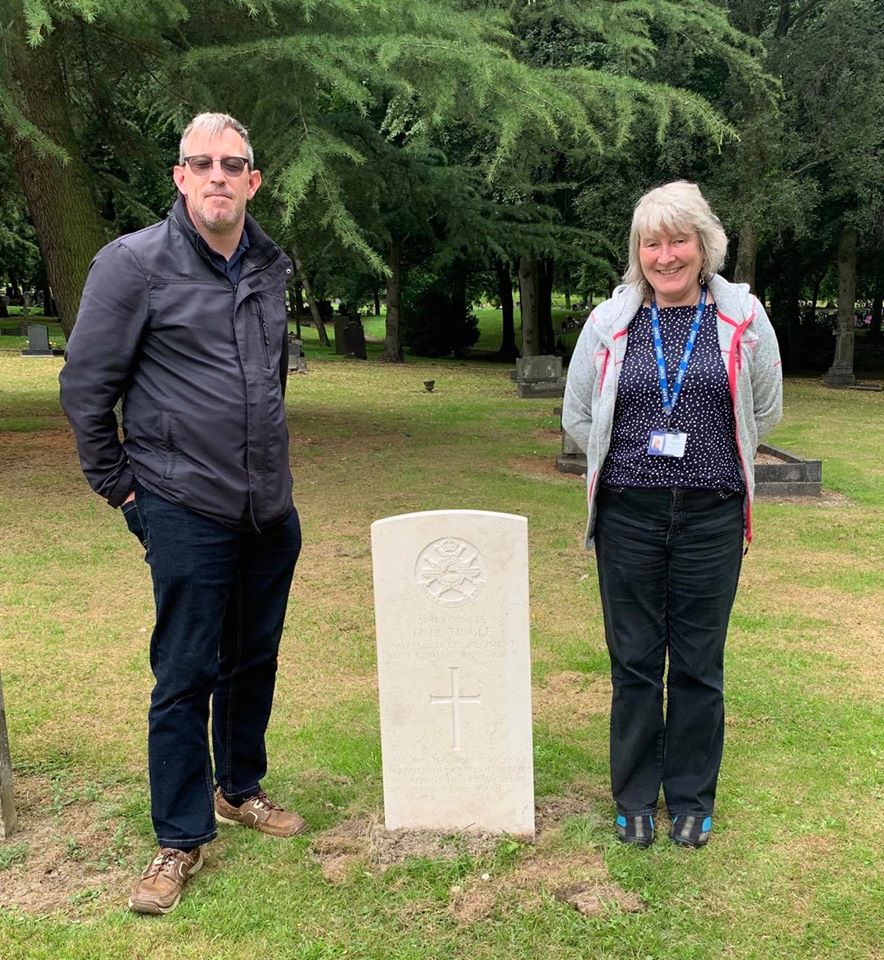 You may remember our story of Mr Tingle, the Granby schoolteacher who was buried in an unmarked grave in Park Cemetery.
At last he has been recognised for his wartime service.
It has been accepted that he died, aged 31, of an illness which had been brought on by his time in the trenches of the Western Front, and he has been given a gravestone to acknowledge his sacrifice.
The campaign to get him proper recognition was led by Cllr James Dawson and staff at the school of which he is a governor. Working with The Royal British Legion, the Mercian Regiment, the Tingle family and the Commonwealth War Graves Commission, they have now succeeded in getting him a Commonwealth headstone.
Pupils and staff of Granby Junior School appealed for help in finding a photograph of him, but have so far been unsuccessful.
Cllr James Dawson says: “It’s taken a while to research and it’s been a rollercoaster of a journey, tracing surviving family members and getting them on board, but I’m finally pleased that after working with the Ilkeston Branch of the Royal British Legion, the Commonwealth War Graves Commission has finally installed the headstone of Mr Herbert Henry Tingle, former Assistant Master of Granby Junior School.
“2020 marks 100th anniversary of his death after service with the 10th Battalion of the Sherwood Foresters, since 1920 his grave in Ilkeston’s Park Cemetery had been unmarked. 100 years after his death I’m pleased we’ve been able to rectify that and give him the recognition he deserves.
“My thanks to all involved for their efforts. We will have a dedication ceremony at some point in the future when Covid allows.”
Photos: (1) Cllr James Dawson and Linda Lilley, Deputy Head at Granby, standing by Mr Tingle's grave in Ilkeston Park Cemetery. (2) Close up of the headstone.