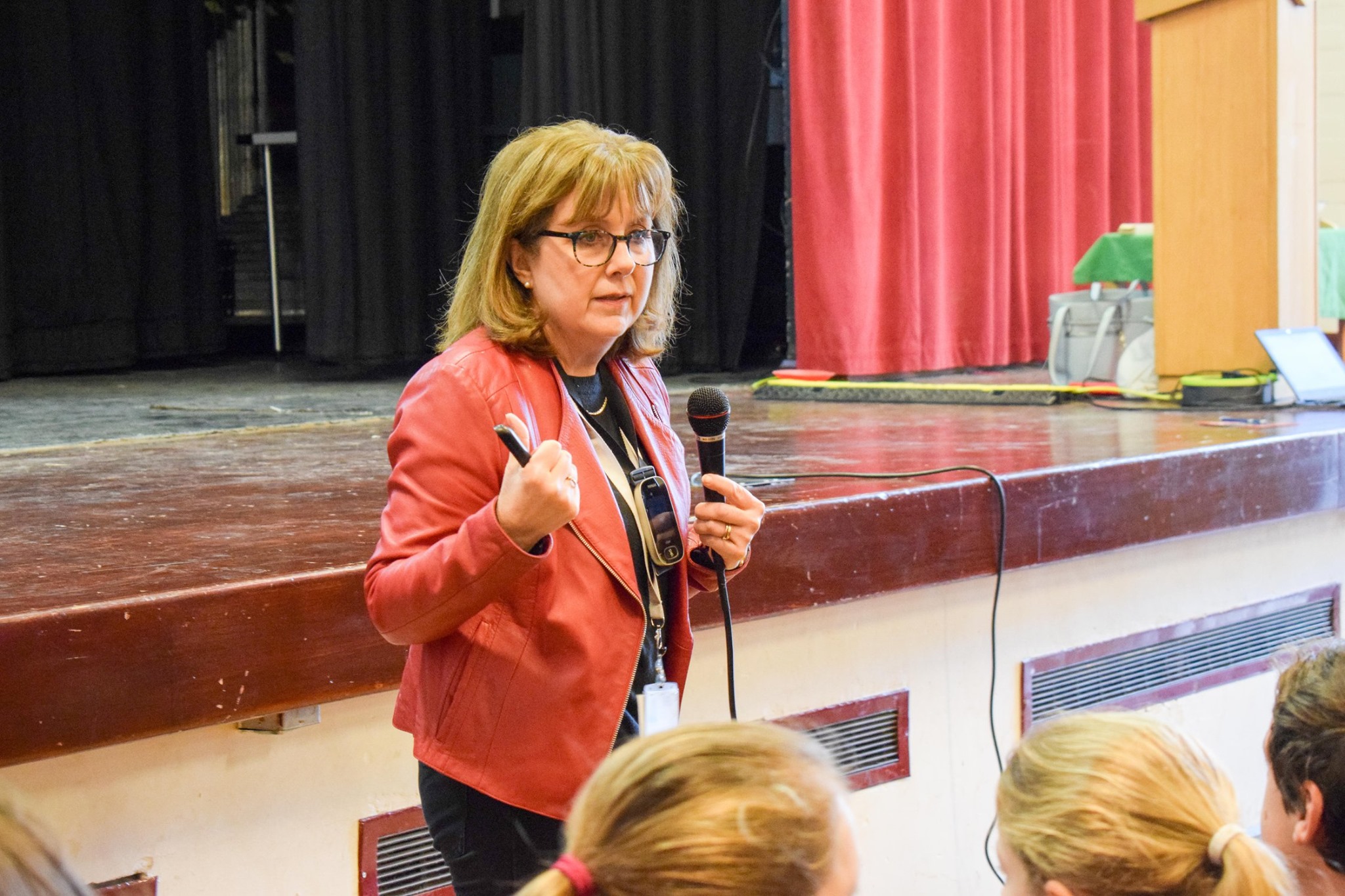 Lessons in online safety were on the timetable for students at Saint John Houghton Catholic Voluntary Academy.
Students in Years 7-10 took part in Safer Internet Day 2020, which was celebrated in over 100 countries with the theme ‘together for a better internet’.
The day started with a talk by Tracy Casson, from the charity Stand Against Violence that delivers workshops focusing on personal safety, emotional resilience, basic life support, substance associated violence, bullying and the awareness of choices and consequences surrounding violence.
Tracy’s talk focused on bullying and cyber bullying in particular.
She said: “When bullying goes on, at first it’s seen as harmless, it’s just banter and often the victim just laughs at the beginning because that’s their way of coping with it. But this is serious, when someone is talking about taking their life because of it, it’s very real, it’s not banter.”
A video was shown about a young girl called Amber Jackson who took her own life in September 2015 after being bullied.
Tracy said: “Amber was bullied and picked on. When it got really bad was when it went online because there was no safe space any more, it was in her home, in her bedroom, until she began to believe what people were saying. It’s not banter when it causes someone so much distress. Imagine if that was your brother or sister that had happened to.”
The talk was followed by a series of workshops delivered by teachers based on the theme of e-safety.
Students in Years 9 and 10 also learned about the dangers of online grooming and child exploitation while all students were given the opportunity to use their phones to delete old social media posts and make sure their privacy settings were correct on suitable social media sites. They were also asked to design a poster with the #freetobeonline.
Andy Ritchie, Learning for Life co-ordinator at Saint John Houghton CVA, in Kirk Hallam, said: “The content of the workshops and talk were very hard-hitting and made the students aware that being online is not always a safe place and there are dangers.”

Safer Internet Day is co-ordinated in the UK by the UK Safer Internet Centre which is a partnership of Childnet, Internet Watch Foundation and SWGfL and helps to promote the safe, responsible and positive use of digital technology for children and young people all across the UK.