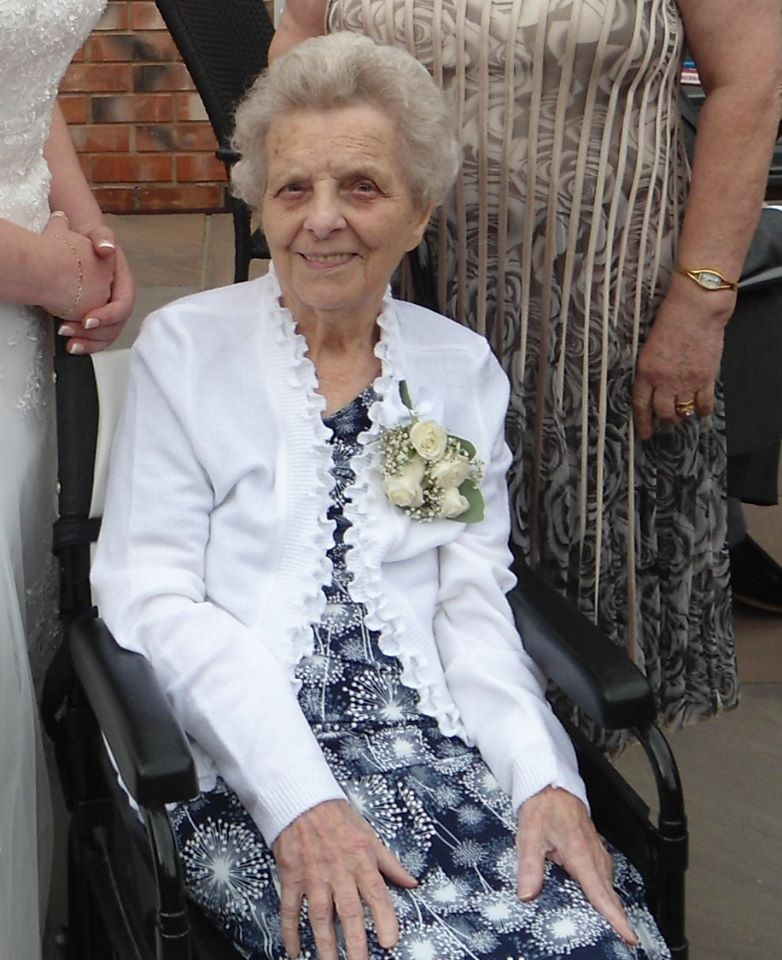 A lady who was featured on dozens of Facebook posts, thanks to her devoted grandson, has died aged 90 years.
Evelyn Hardy, who lived in the Ilkeston area all her life, passed away on 2nd January.
When grandson Jason Jeffery shared the news on social media, he received over 250 messages of condolence.
Evelyn Hardy, known to many as Mamma, was born on 10th November 1929 on Westwick Street, Ilkeston, where she grew up and attended Cavendish School.
She was taken on many holidays by her grandmother as a reward for helping out in her shop, Hayes sweet shop, on Westwick Street.
Eventually, she met her future husband Frank. They married on 19th September 1946 and moved to Kirk Hallam. Daughter Aileen was born in November 1950.
Evelyn had various jobs throughout her life before retiring from Norton Plastics on Heanor Road.
She helped raise her own grandchildren, Jason and Rachel while their parents worked.
Later in life, she liked to attend the Luncheon Club at Kirk Hallam Church Hall with her mother Ivy, where they enjoyed a few games of bingo.
Aileen also took her to the Kirk Hallam Social Club for bingo and nights out.
‘Mamma’ used to love fireworks, as many Facebook photographs show.
She also enjoyed going out for Sunday dinner and going to a pub. She never drank a lot but was quite partial to a dark rum and blackcurrant.
She will be sadly missed by her daughter Aileen, son-in-law Paul, her grandchildren Jason, Rachel and husband Andy.
Photos: Evelyn; Evelyn and Jay, Evelyn and birthday cake.