Hodgkinson ‘Homes In’ On Awards Success… 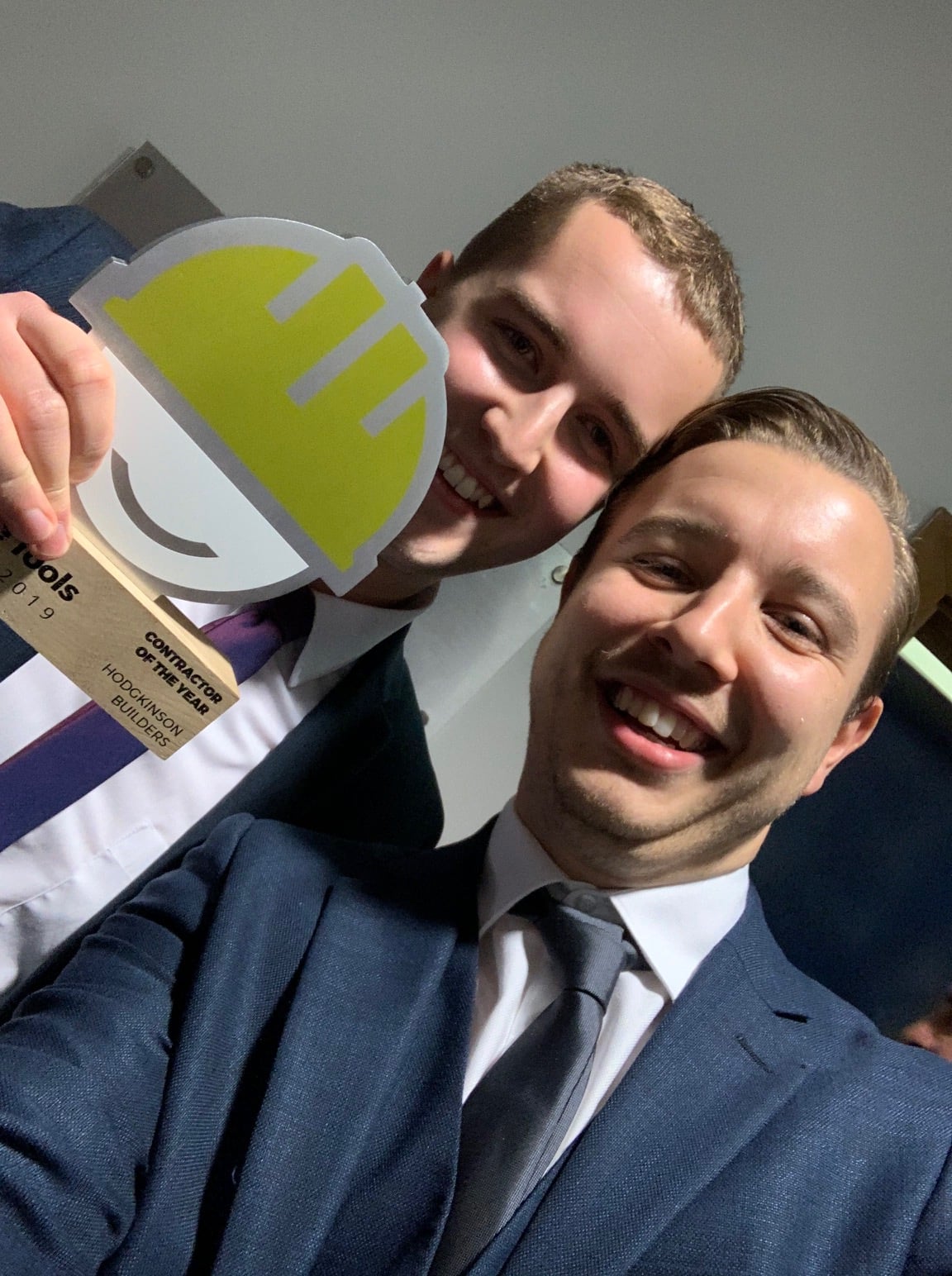 Hodgkinson ‘Homes In’ On Awards Success

A Derby-based family building firm has won a prestigious accolade at an awards ceremony organised by the UK’s largest online construction community.

Pride Park based Hodgkinson Builders, who is currently developing the old Poplar Pub in Ilkeston, was presented with the ‘Contractor of the Year’ prize at a lavish gala dinner for the 2019 On the Tools Awards.

Designed to recognise and celebrate the UK’s most outstanding construction professionals, the initiative’s black tie finale was held on Friday 15th November at the Edgbaston Cricket Ground in Birmingham – and the significance of the trophy wasn’t lost on operations director at Hodgkinson Builders, Robert Hodgkinson.

He said: “I think this award is partly in recognition of the work we’ve been doing to address the housing shortage.

“In addition to laying the foundations for 168 new homes in the first six months of 2019, we’ve been trialling new ways of speeding up the build process, including new methods of timber frame and liquid screed construction that enable several plots to be laid in one day and interior and exterior work to be carried out at the same time.”

As part of that same proactive approach to the key issues faced by the construction industry, Hodgkinson Builders also runs its own training academy in partnership with Access Training, to deliver a syllabus specifically designed to combat the shortage of skilled bricklayers, and to provide training services for young people.

The academy is also having huge success with creating a new generation of work-ready professionals.

According to the organisers, the award represents recognition not just of the company’s track record of completed projects but of its plans for the year ahead. In addition to ongoing developments in Stoke, Ilkeston, Ashbourne, Eastwood and Worksop,

Hodgkinson Builders have also announced several fresh projects, including a scheme to build 16 affordable new homes on behalf of the Waterloo Housing Group at Butterley Hill in Ripley.

Robert added: “We are in a wonderful position. Our ongoing projects are now supplemented by an exciting forward order book; and our experienced in-house team is now continually bolstered by fresh blood from our Training Academy. This award gives us all a boost by letting us know that the work we’re doing to lay the foundations for a better future is being recognised and appreciated.”