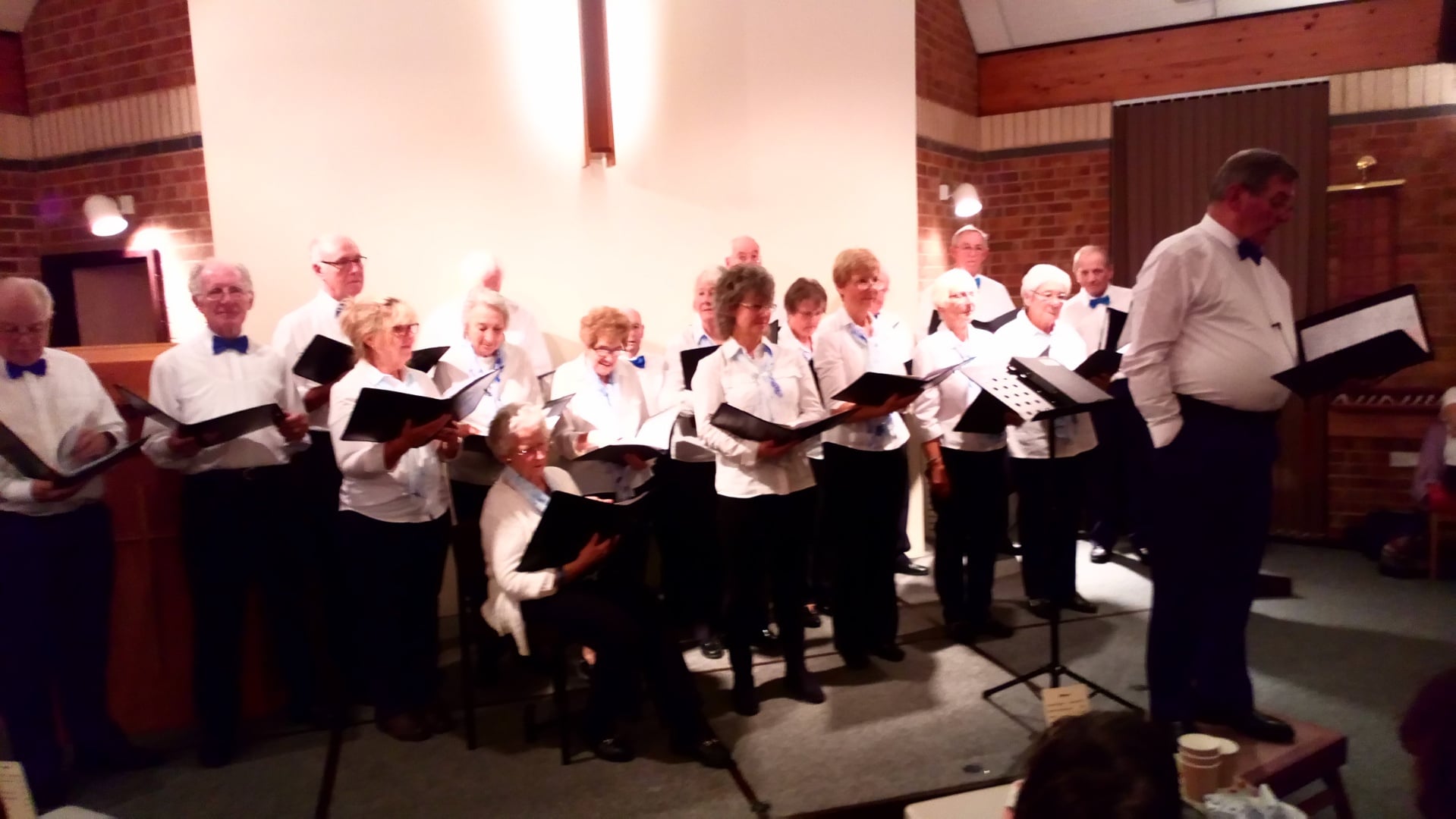 On Thursday evening 25th October the Breaston Village Singers were welcomed to the West Hallam Methodist Church when they supported guest speaker Martin Sykes at their Story Café.

Martin shared his journey as a story teller from when he started to preach 40 years ago in Northampton. The audience heard about how he started a youth club in 1978 when the youngsters would play table tennis, billiards, snooker, dates and always the final game was murder ball, which he explained how it was very physical and enjoyed by everyone.

He continued by telling a story going back to the First World War when two lads wanted to raise money for books and they decided to put on a concert by a famous musician but it would cost $2,000 but they only managed to raise $1,600. The musician said please take out all you need for the books and expenses and he did the concert for very little reward. Year’s later one of the lads was contacted with a request for food for Poland and he arranged for millions of tinned food to be sent over to Poland. That lad was Herbert Hover who later became the 31st US President.

The audience enjoyed two story telling sessions by Martin who finished by recalling the time in the 1960’s when a tall black American ladies car broke down in Alabama. A young white lad stopped to help and arranged recovery and took the lady to her home. Two weeks later there was a knock on his door and he was given a top of the range television with a thank you note from Mrs Nat King Cole.

Stuart Graham, the Village Singers musical director, introduced the choir and pianist Trevor Hicks and during the evening gave the audience some background to each musical item.

The choir performed a wide variety of popular songs including songs from the shows which they had enjoyed rehearsing each Thursday evening since September. Musical Director Stuart thanked pianist Trevor for accompanying the choir throughout their performance.

The Breaston Village Singers meet in Breaston each Thursday at 7.30pm and are looking forward to a busy build up to Christmas.

For more information of The Village Singers please contact Jan Wilkinson at 01332 872753 or email janw105w@binternet.com

Ray Terry
For the Village Singers