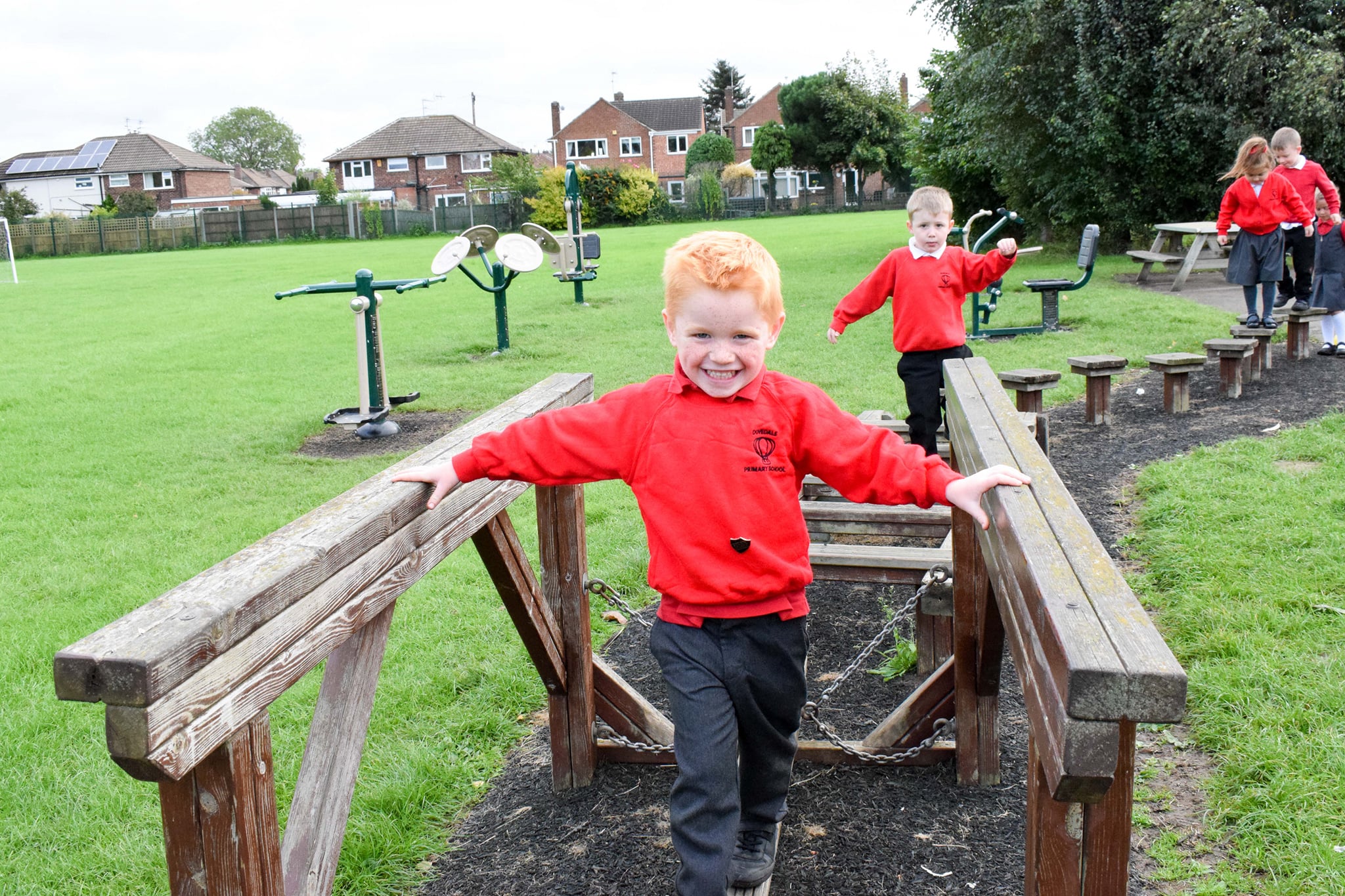 Thousands of youngsters across Erewash took part in a countywide event aimed at inspiring schoolchildren to be more active.
More than 5,500 pupils and staff participated in Stand Up Derbyshire Day which is organised by school sport partnerships across the county, including Erewash School Sport Partnership.
Schools were asked to sign a pledge to be active for at least half of the day and in Erewash 5,572 children from 21 schools took part
Staff from the school sport partnerships also got involved and travelled in an active way between the schools, which involved either running or cycling.
Rhian Lilley, Erewash School Sport Partnership strategic director, said that the day was a highlight of the school sport partnerships’ year.
She said: “Schools really took the being active pledge on board and organised a whole range of activities. They were provided with a video of the ESSP mascot, Eddie, performing a dance which they could copy in their schools and alongside that assemblies and lessons were themed around being active. There was also lots of activities going on outside from games to enjoying playground equipment.
“It was great to see parents and carers getting involved too, at one school parents led Zumba classes for the children throughout the day.
“It is so important for children of all ages, and adults, to become more active and this is a great way of inspiring everyone to do just that. Research shows that active pupils in classrooms are healthier physically and mentally, more motivated, have improved concentration and academic results improve. We hope that going forward schools will continue to encourage their pupils to be more active.”
At Shardlow Primary School, pupils welcomed professional cyclist Jacob Tipper who talked about his career and showed children his bicycle. Mapperley Primary School welcomed a football freestyler, the reception children at Scargill Primary dressed as fruit and learnt about healthy eating, pupils at St Thomas also learnt about healthy eating and took part in Zumba sessions. Chaucer Junior pupils completed a tyre flip assault course and Chaucer Infants learnt a ‘wake and shake’ routine and performed it at the end of the day on the playground. ESSP mascot Eddie also visited lots of schools to greet the children and perform his mascot dance with them.