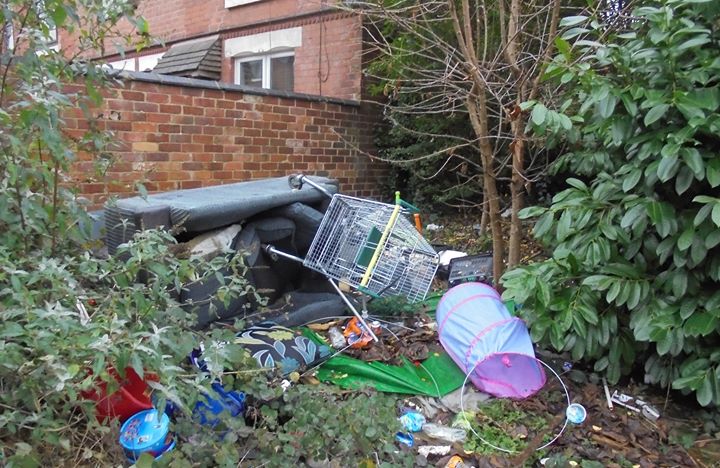 Ilkeston woman Elizabeth Sheena Hallam is now more than £750 out of pocket after she admitted dumping waste – including two sofas – in her neighbour’s garden on three occasions.

Ms Hallam (36), of Third Avenue, pleaded guilty to three offences of failing to comply with her duty of care under the Environmental Protection Act 1990 when she appeared at Southern Derbyshire Magistrates’ Court.

The court was told that as well as the two sofas, other domestic waste was dumped in the neighbouring garden on three separate occasions and an investigation by Erewash Borough Council’s Neighbourhood Wardens traced it to Ms Hallam.

“Dumping waste anywhere is totally unacceptable and I am sure residents share our disgust at this sort of behaviour. This prosecution is the result of a lot of hard work by our Neighbourhood Wardens team to prove categorically who had dumped the waste and shows the continued commitment of the team and this council to hold those responsible for fly tipping to account.”

Ms Hallam was given a conditional discharge for 12 months and she was ordered to pay the council’s full costs of £753.47, which included the clean-up costs of £187.10.