Mystery object in the sky … 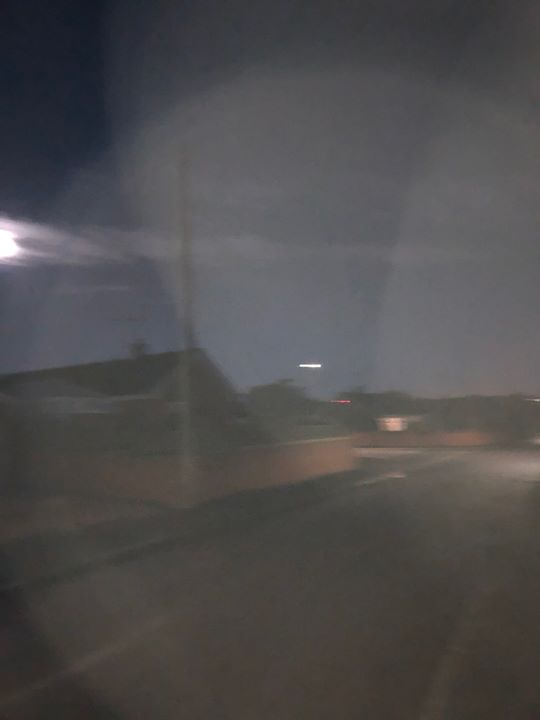 Mystery object in the sky

I don’t know whether you are interested in something I came across last month that is a bit of a puzzle.
I came home with a friend by taxi one Saturday night last month, The taxi dropped us at my friend’s house and I left him to walk around the corner to my house. I could see across to Cotmanhay as I walked and i saw approaching from over Bennerley viaduct a bright light travelling fast. I thought at first it was a police helicopter approaching, we get a lot over this way. It was travelling very fast though and was completely silent, there was no wind that night and with it being 11.45pm, the streets were deserted and everywhere was silent. I realised it wasn’t a helicopter and the light was so bright I could make out no shape of what it was. It stopped over the bungalows in front of me I shouted to my friend who was just walking up the path to his house to come and look, he walked about 50 yards to me and we stood looking at this thing hanging there. about 50 to a hundred feet in the air.
Being quicker thinking than me, he whipped out his phone and managed to take a few snaps. It hung there for about two minutes then suddenly changed shape and shot off in the direction of Nottingham.
The only explanation we could come up with was that it was some kind of drone, but it was so large, it seemed unlikely at the time. I know the police use drones in Derbyshire, this one travelled into Nottinghamshire though.from Derbyshire.
If the police are using a special type of drone to patrol the streets at night, I think its a great idea to cover a wide area and keep us all safer.
Anyway if you decide to ask the question of the mystery object on Ilkeston Life, I would appreciate it if I could remain anonymous. So too would my friend. We have both had more than enough leg pulling about meeting extraterrestrials after a night out