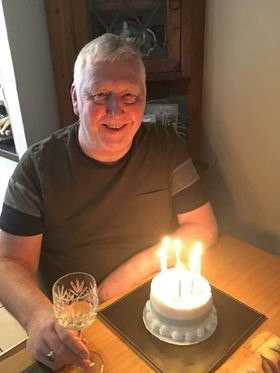 The death has occurred of Ivan Barrowcliffe, who worked for Ilkeston Co-op Dairy for 26 years.
His cousin Andy Garton told us: “We think his round was the biggest the Co-op had in Ilkeston as it covered Bath Street, Rutland Street, Station Road, Critchley Street, King Street, Chapel Street, Gordon Street, etc., and as far as the Cemetery. He was known and loved by hundreds and always had a smile and time for everyone. He died on Monday 22nd April after a short illness and he will be sadly missed by many.”
Mr Barrowcliffe was 70 in February this year.
He was married to Sue his wife for 49 years. They had 2 children, Ian and Jayne, 3 grandchildren, Jack, Nic and Grace, and one great granddaughter Sirena.
Also bereaved are his brother David and sister Elaine. He passed away at Nottingham City Hospital. He was a life-long Derby County supporter which rubbed off on to his children and grandchildren. His second cousin was Geoff Barrowcliffe the former Ilkeston and Rams player.
His hobbies were fishing, and music, including rock and roll dancing with Sue, and he used to play Darts for the Concorde. He lived in the Larklands area of Ilkeston.