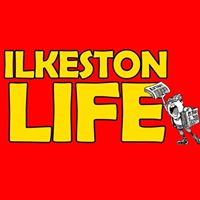 Every 15 minutes in the UK somebody is diagnosed with bowel cancer. Young, old, female or male – it affects us all. Around 268,000 people living in the UK today have been diagnosed with bowel cancer. But it doesn’t just impact the person diagnosed. It affects families, friends and colleagues, doctors and nurses, scientists and researchers. That’s millions of people right across the UK.

Bowel cancer is the fourth most common cancer in the UK, with almost 42,000 people diagnosed annually. More than 16,000 people die each year of the disease making it the UK’s second biggest cancer killer, but it shouldn’t be as bowel cancer is treatable and curable, especially if diagnosed early.

Maggie is working with Bowel Cancer UK to improve early diagnosis and access to best treatment and care both in Erewash and nationally. By bringing people together Bowel Cancer UK will create a future where nobody dies of the disease.

Commenting on the campaign, Maggie said:

“As Erewash’s MP, I am committed to raising awareness of bowel cancer, both locally and nationally. I would urge my constituents to join Bowel Cancer UK’s #thisisbowelcancer campaign and help shine a light on the varied and many people affected by the disease during Bowel Cancer Awareness Month.”

“We want everyone affected by bowel cancer to come together and take action to help create a future where nobody dies of the disease. But we can’t do this alone, and that’s why I would like to thank Maggie for supporting our #thisisbowelcancer campaign. With your help we can save lives and improve the quality of life of everyone affected by the disease.”

Visit the Bowel Cancer UK website to find out how you can get involved in Bowel Cancer Awareness Month: www.bowelcanceruk.org.uk.