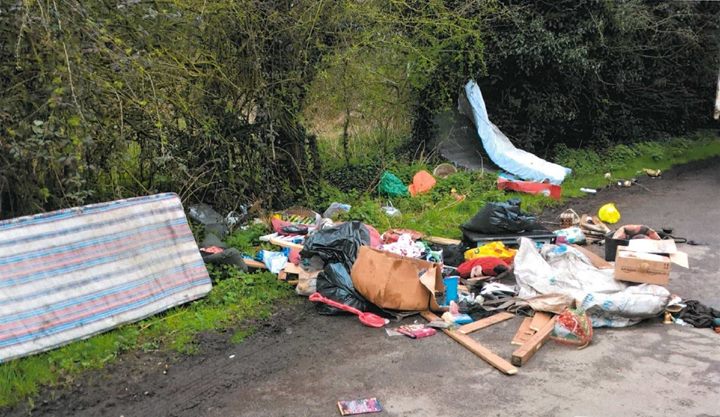 A successful prosecution by Erewash Borough Council saw a Long Eaton man fined more than £1,000 after his waste was found fly-tipped in the town.

Anthony Liam Kidsley, 35, of Tamworth Road, pleaded guilty to ‘failing in his Duty of Care’ regarding the illegal deposit of waste, an offence under the Environmental Protection Act 1990.
He had failed to check that the person he paid to dispose of his waste was a registered waste carrier and it was illegally dumped at Pastures Lane.

The fly-tip was reported to the Council’s Neighbourhood Wardens who carried out an investigation. Kidsley admitted to council officers that some of the waste was his and he had paid someone to dispose of it for him.

In his mitigation, Kidsley’s solicitor stated that he had been foolish in his actions and he accepted that he should have carried out checks to see if the person had a waste carriers licence. He said he is aware of the effects fly-tipping has on the environment.

The case was heard on 10 April at Southern Derbyshire Magistrates’ Court. District Judge Meachin was satisfied that this was an act of negligence and Kidsley should have carried out the proper checks to ensure that the waste was transferred to an authorised person.

“We are pleased with the outcome of this case. Anyone fly-tipping waste in the borough is committing a serious offence and could be fined a substantial amount should the case go to court.
“We remain committed to the prosecution of offenders who carry out environmental crimes such as this and would urge the public to report all matters of fly-tipping. They can do this by calling our 24-hour confidential Pride Line on 0115 850 8383 or through their online My Erewash account.”