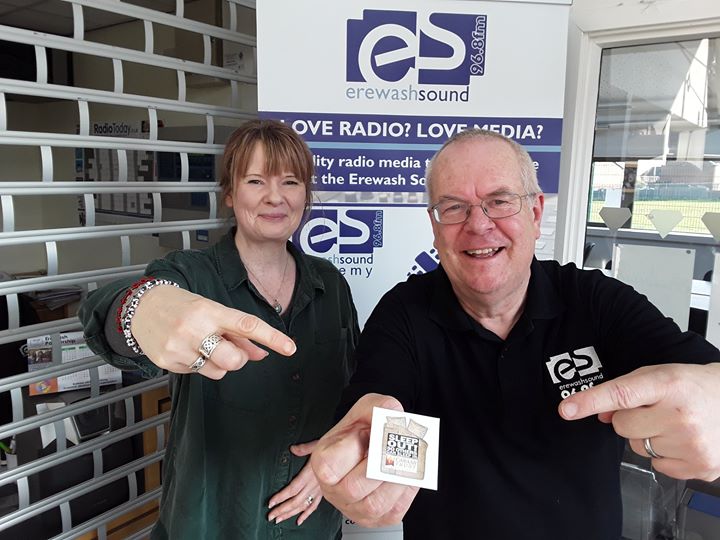 LOCAL RADIO STATION BACKS HOMELESS SLEEPOUT
Local radio station Erewash Sound is getting behind a sleepout in support of the homeless. Canaan Trust has organised the event, which sees supporters sleeping out in Long Eaton Market Place all night from 8 pm on Friday 26th April through till 7pm on Saturday.
Erewash Sound will be broadcasting a live request show through the night, and there will be interviews with the organisers and some of those taking part. Presenter David O’Connell, along with the Rev. Christine French (who co-presents for an hour on Fridays) will be two of those sleeping out.
Kevin Curtis, Canaan Trust Project Manager, said,
“One of the key objectives of the Sleepout is to raise awareness of the issues relating to both ‘Rough Sleeping’ and ‘Hidden Homelessness’.
There is still time for you to take part or sponsor someone. Look on our Facebook page.
We’re really excited to have Erewash Sound supporting the project.”
Radio presenter Deb Marshall, who came up with the idea of the all-night request show, said,
“We really want as a station to get behind this important cause. I hope lots of listeners will get in touch with their requests. But David and Christine would prefer no one to ask for Raindrops Keep Falling On My Head!”

To request a song, go to the Erewash Sound Facebook page. To sponsor David and Christine, email [email protected] And you can listen to Erewash Sound on 96.8fm, online at erewashsound.com, or via their free app.