A six-year-old boy from St Thomas Catholic Primary School, Ilkeston has landed a… 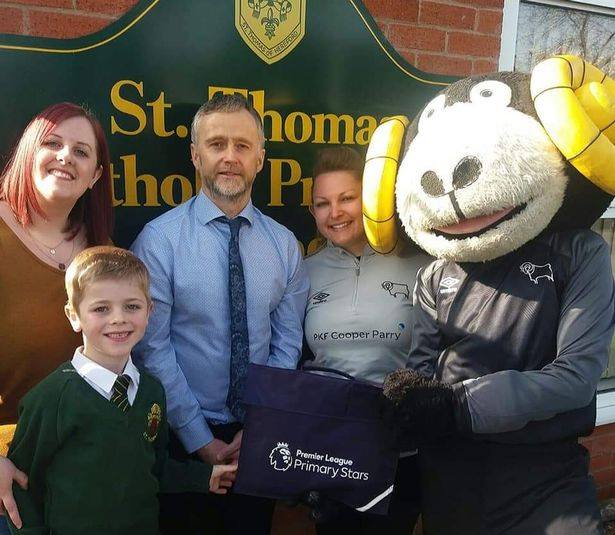 A six-year-old boy from St Thomas Catholic Primary School, Ilkeston has landed a prize with his poem about Derby County.
Celebrity judges were impressed with Charlie Aldred’s ‘brilliant’ rhyme about the team he supports.
Rammie the Rams mascot handed Charlie his prize at school on Monday.
The competition judges, including former England and Manchester United defender Rio Ferdinand and pop star Olly Murs, loved Charlie’s poem called ‘Part of a team’.
Children were asked to develop their writing skills by penning a poem on the theme of ‘diversity’ and Charlie was one of two winners in the East Midlands.

Here’s his poem:
I wondered ‘what does Diversity mean?’
When people are different in many ways
But can still work together as part of a team
Our keeper Scott Carson is getting quite old
Will Hughes was my favourite but then he got sold
Tomori and Bogle are young and black
Richard Keogh is the leader of the pack
Mason Mount is skillful and bright
His mate Harry Wilson gives keepers a fright
Craig Bryson is Scottish and really small
My mum loves him the best of all
Tom Huddlestone is extremely slow
But passes the ball like an absolute pro
Jack Marriott scores goals for fun
No matter the player, they all come together until we have won!
When I grow up I hope to be like all of the above
Playing for Derby County the team that I love!
Photo: Derbyshire Live.