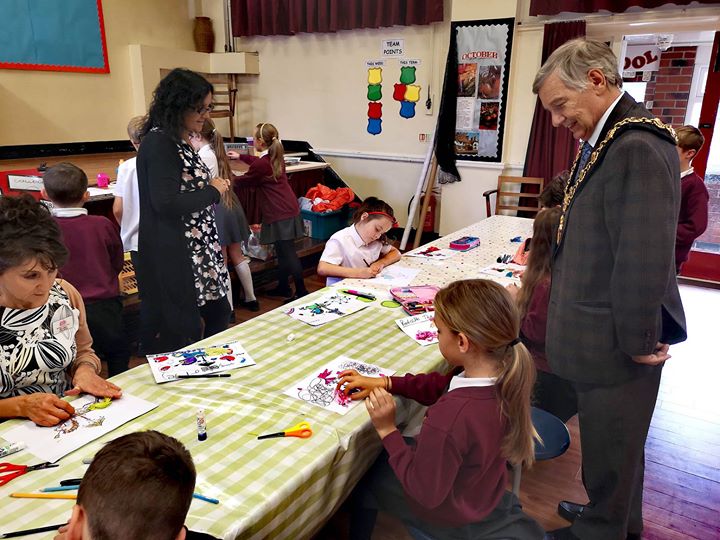 Pupils from the town’s Kensington Junior School and Chaucer Junior School will take a starring role in the ceremony after creating two stunning banners that depict the history of the fair.

The children have produced the artwork thanks to a project with local artist Jackie Ward, of Treehuggery, and Erewash Borough Council’s Arts Development Officer Katherine Brown, with the pupils learning new creative skills as well as finding out about the heritage of the fair, which dates back to 1252.

The banners will be seen for the first time on Thursday when the children join the ceremonial launch, which starts at 11.45am outside Ilkeston Town Hall, of the 766th Ilkeston Fair. They will then be on display for a fortnight in the main reception area of Ilkeston Town Hall.

Ilkeston Charter Fair’s rich history originally saw people come to buy and sell items including tools, cloth, fruits, vegetables and smaller livestock. Victorian times saw a change to the fair with more emphasis on fun, and the introduction of rides and side shows. The Charter Fair is now one of the largest traditional street fairs, with rides and stalls taking over the market place and surrounding streets for four days every October.

“These banners look amazing, all thanks to this fantastic arts project which has enabled the children to have fun while being given new creative skills and learning all about the history of the fair. They have done a wonderful job and the banners will look really bright and colourful as part of the official launch. Well done to everyone involved!