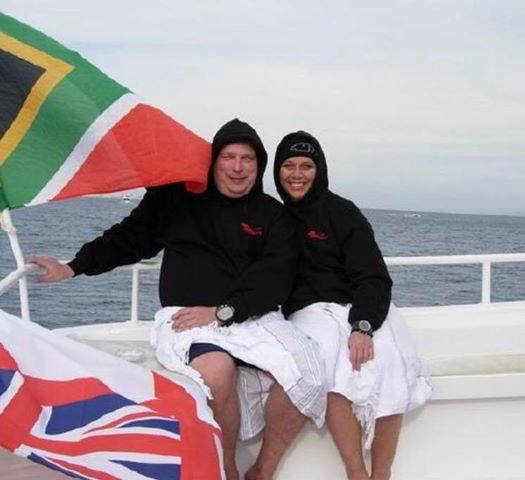 A woman who witnessed death on a daily basis as a trauma nurse in South Africa during the Apartheid era is using her medical expertise to start her own aesthetic business.

Tania Malan, 47, who lives in Belper, Derbyshire with her husband David, spent nine years as a trauma nurse in Mbombela (formerly Nelspruit) in Mpumalanga and later at a community hospital in Citrusdal, South Africa. From the age of 19 she would work 12 hour shifts, and cover the on call during a normal working day, meaning she often worked 24 hours non-stop. Though her passion is trauma she is also a qualified midwife, psychiatric and community nurse, working in that capacity every day. A normal day would involve diagnosing and treating acutely ill and injured patients. This included people suffering with malaria, or who had been bitten by snakes, crocodiles or hippos. Tania was often treating victims of shootings, stabbings or road traffic accidents, many of which proved fatal.

However, the strain of long hours and seeing torment on a daily basis had begun to affect Tania physically and emotionally, so following a recruitment drive in 1999 for A&E nurses in London she came to the UK.

Tania, who has seen a woman stabbed right in front of her and been shot at while treating a victim, said: “South Africa is turbulent and tough.
“Patients die young, violently and unnecessarily in front of your eyes. Mozambique refugees often got attacked by crocodiles and hippopotamus while crossing the river into South Africa. Victims of landmine injuries and horrific road accidents are common place in certain parts of South Africa.”

After moving to London Tania worked at Hillingdon Hospital in Uxbridge where she was seen as somewhat of a maverick due to her vast medical knowledge and experience.
She said: “In South Africa nurses carry out advanced procedures such as inserting chest drains, performing complex wound closures or intubating patients, that only doctors would carry out in the UK at that time.
“Things have since moved on and advanced practitioners are common place in primary and secondary care.”

Today Tania works in GP practices part-time and is a visiting university lecturer for students on advanced and medical training programmes.

She is currently devoting most of her time developing a ‘wellbeing clinic’. UniSkin focuses on a global approach to aesthetics and wellbeing. Her ambition is to offer a variety of treatments such as hair rejuvenation, facial contouring, sculpting combined with cosmeceuticals and nutritional supplements to support people towards emotional and physical wellness.

She said: “UnSkin came about by accident. I am into extreme sports like skiing, diving and motorbikes where there is very little time to consider the condition of your skin or nails, let alone thinking of fillers and Botox.

“When a friend suggested we do the training I thought aesthetics was for vain celebrities, rich people and was a waste of time and money. However, seeing first-hand how powerful small changes are to clients lit a fire in my belly.”

She said: “When someone is looking and feeling well they project that in their social and professional lives.”

Reflecting on her life in her home country, Tania said: “I don’t feel safe there now. I won’t go back. You don’t realise how awful it is until you have seen the other side, then you realise what freedom is. Britain is my home now.”

UniSkin is based on Nottingham Road in Belper and also has clinics at the Barefeet Wellbeing Lounge in Manners Road, Ilkeston
07875079858