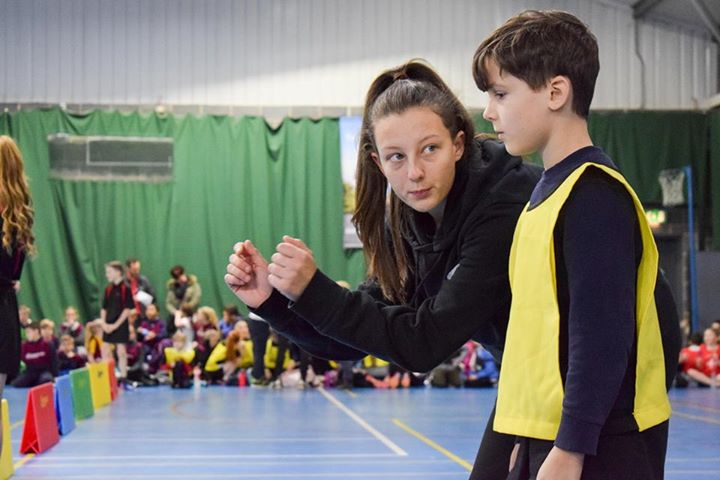 A series of major indoor athletics festivals organised by Erewash School Sport Partnership attracted hundreds of schoolchildren from across the borough.
Sportshall Athletics events were held at Rutland Sports Park for Years Three and Four, Years Five and Six, youngsters with Special Educational Needs and Years Seven and Eight.
Pupils were given the opportunity to compete in relays, obstacle races and speed bounce along with various field events including soft javelin and long jump.
Schools taking part included St Thomas, Mapperley, Draycott, Chaucer, Hallam Fields, Cotmanhay, Kensington, Brooklands, Firfield, Shardlow, Granby, Sawley Junior, Kirk Hallam, Ashbrook, Ormiston Ilkeston Enterprise Academy and Saint John Houghton.
Sports leaders from Ormiston Ilkeston Enterprise Academy, Derby College and Saint John Houghton all supported the events.
The Year 3/4 winners were Firfield while St Thomas came out on top in the Year 5/6 competition and Saint John Houghton CVA scooped the Year 7/8 title. Small school winners were Shardlow Primary School.
Rhian Lilley, Erewash School Sport Partnership strategic director, said the sportshall events were a fantastic opportunity for pupils across the borough.
She said: “This is a hugely popular event in our schools’ calendar and it was fantastic to see so many young people of all ages and abilities taking part.
“Not only do pupils get the opportunity to be active and compete against each other in a large scale event they are also working on vital life skills such as teamwork and communication.
“We would like to thank the teachers who accompanied their pupils and cheered them on and the sports leaders who did a great job of making sure that everything ran smoothly.”
William, from Chaucer Junior School, said he loved taking part in the Year Three and Four event.
He said: “We took part in lots of different athletics events and obstacle courses. I was really excited to have a go at the soft javelin. I’ve enjoyed it and I even came first in one of my races.”