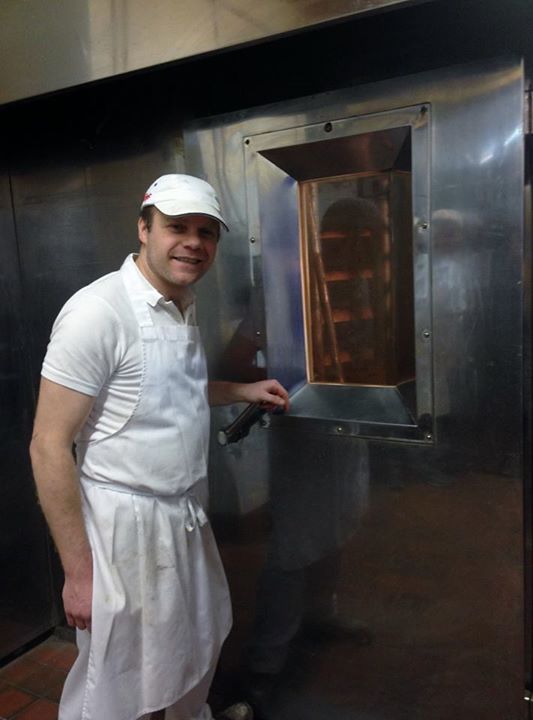 Derbyshire Bakery Invests Six Figure Sum in Future
The owner of a 100 year-old family bakery has revealed plans to invest a six figure sum into the future of the business.
The plans for Derbyshire based Stacey’s Bakery will see the company, owned by David Stacey, purchase an industrial flow wrapper machine and a new rack oven for its main bakery in South Street, Ilkeston.
It will also invest in a depositor to make all of the cakes, tarts and puddings it creates as part of its contract with restaurant chain George’s Kitchen.
David said: “At the moment, thousands of products such as brioche buns are wrapped and packed manually by hand, which is time consuming. The new flow wrapper machine will speed up the process, wrapping 15 dozen cobs a minute. The fastest this has been done manually by us is eight dozen in three and a half minutes.”
To aid the investment plans David has applied for a Feast grant (Food Enterprise Advisory Support Team). The Government scheme helps small to medium-sized food and drink businesses implement their medium and long-term business growth plans.
Stacey’s Bakery has two shops in Ilkeston, one in Heanor and one in Eastwood. David is currently in the process of buying the Bath Street and Eastwood shops. nThey were previously owned by his grandfather and went into a trust following his death. Once he owns the Bath Street shop, he plans to give it a makeover.
Stacey’s Bakery is also creating more products than ever for the George’s Kitchen chain of restaurants. Not only does Stacey’s make thousands of brioche buns each week for George’s, it now also makes candy floss brûlée and is developing apple compote, crumbles, steamed leek pudding and caramel sauce which may be sold in George’s in the future.
As the bakery’s orders increase so will the staff numbers. David has recently made one part-time staff member full-time and is taking on a new delivery driver to meet demand. He employs 40 staff across the four shops.