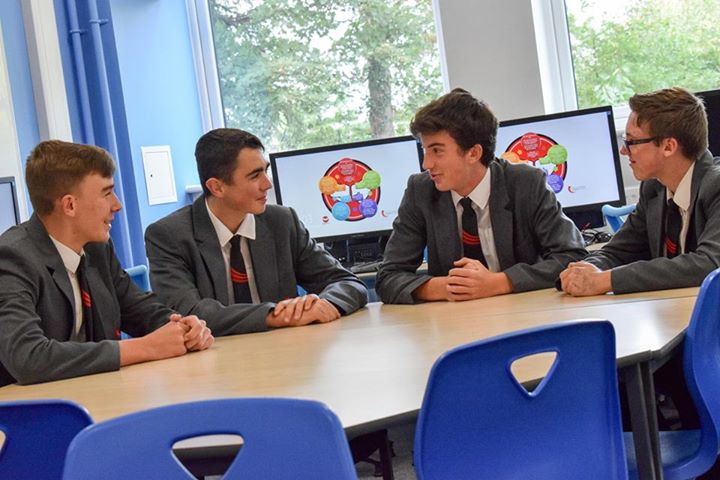 Students from Ormiston Ilkeston Enterprise Academy are preparing to raise awareness of knife crime after attending a countywide youth summit.

James Wheatley, Oliver Daniels, Joshua Giddings and Owen Leatherland, all 14, went along to Derbyshire police’s Project Zao event at Pride Park in Derby, with students from several schools across the county.

They heard from guest speakers including Jason Farmer, who shared his experience of living in a violent community during his early life; Dr Gareth Hughes, who talked about having to deal with the injuries caused by knives and Inspector John Tanner, who lost a family member to knife crime.

The boys are now planning how they can share the message about the dangers of knife crime with fellow students at OIEA.

Louise Craven, Safeguarding Officer at OIEA, also attended the youth summit and said that staff at school would be supporting the boys with their plans.

She said: “We were invited along to the youth summit and we chose to take four of our Year 10 boys who we knew would be interested in getting the message out there about knife crime.

“They heard from lots of different speakers and I think they really made an impact on our students, as well as everyone else attending.

“I think it really drives home the message when they are hearing stories from people who have been affected by knife crime.

“We are now making plans as to how we can bring the message back into school and that could be in Personal, Social, Health and Economic lessons. We also want to get some girls on board and perhaps run some assemblies. We might invite some guest speakers in and perhaps run workshops. They’ve got lots of great ideas.”

Oliver said he felt inspired by the youth summit.

He said: “I wasn’t sure what to expect from the youth summit but I was pleased to be invited and I found it quite inspirational.”

He said: “It was interesting to get a lot of different viewpoints and hear from people who have been affected by knife crime. We are hoping to share what we’ve learnt and that could be through making posters and running assemblies.”