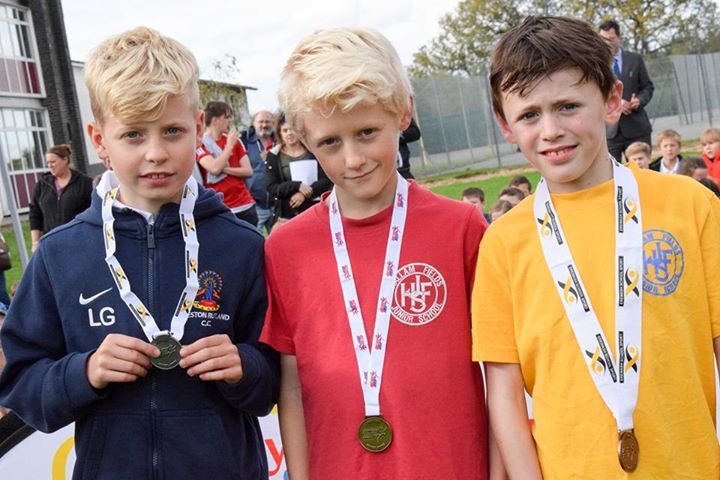 Hundreds of primary pupils took part in a cross-country festival organised by Erewash School Sport Partnership.
Pupils involved came from all year groups at Charlotte Infant, Mapperley Primary, Dallimore Primary, Ashbrook Junior, Hallam Fields, St Thomas, Shardlow Primary, Granby Junior, Chaucer Junior and Kensington Junior.
The event was held at Saint John Houghton Catholic Voluntary Academy in Kirk Hallam and students from the academy were on hand to act as leaders and organise the races.
Rhian Lilley, Erewash School Sport Partnership development manager, said it was fantastic to see so many schools taking part.
She said: “It was great to see so many pupils of all ages enjoying what was a fun event designed to get them all moving. What was particularly lovely to see was how they all cheered each other on and we hope that everyone enjoyed it. The children showed real commitment, even the youngest pupils were determined to make it around the field and cross the finishing line.
“We would like to thank all of the pupils who took part, the staff who supported them and the parents who came to watch. Thanks to Saint John Houghton for hosting the event and to their staff and brilliant leaders who helped us to make sure that everyone had a fantastic time.”
Lucy Haywood, higher level teaching assistant and PE co-ordinator at Dallimore Primary School, said her pupils had been excited about taking part.
She said: “They absolutely loved it and they’ve all had big smiles on their faces even if they haven’t come first; it’s all about taking part. We’ve been doing an initiative with ESSP called Eddie’s Mile which encourages children to complete a certain number of laps around their playground or school field.”
Callian Duro, nine, from Mapperley Primary School, said the festival was his favourite event.
He said: “I love to run and I’ve been doing it since I was very young. This festival has been my favourite event in the whole world.
Lucas Blake, 10, from Mapperley Primary School, said he liked the races because they were challenging.
He said: “I like running and something like this is quite challenging. You can win a medal and it’s a really friendly event.”