Teaching, volunteer work and a trek were just some of the activities experienced… 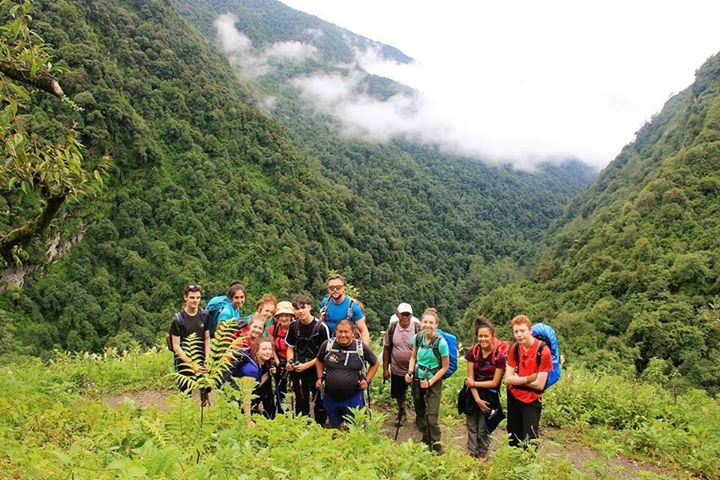 Teaching, volunteer work and a trek were just some of the activities experienced by Saint John Houghton Catholic Voluntary Academy students during a once-in-a-lifetime World Challenge trip.
Twenty Year 10 and 11 students spent two weeks in Nepal over the summer along with three members of staff.
Each student had to raise £2,690 to fund the trip and to do this they held events, took part in charity runs and made and sold Christmas decorations.
Libby Wilton, 15, said she has some incredible memories of the trip.
She said: “The reason I signed up to go was because it was something totally different and I’d never done anything like that before. I’ve done things in a group but never on that scale. The first thing we did was work in a school where we put lights in and built a wall around it so that it was safe. The trek was hard as we were walking for eight hours a day for five days. It was also quite emotional as a lot of people didn’t think they would be able to achieve it. The whole trip was definitely a once-in-a-lifetime experience and it was probably the most rewarding thing I’ve ever done.”
Ellie Chadburn-Tennyson, 16, said the trip had given her a different perspective.
She said: “I had my hair cut short to raise money to buy a laptop to give to the school. Half of the money raised also went to the Teenage Cancer Trust. I think the teachers in the school out there were excited and a bit confused when they saw the laptop as they don’t have them in their school. I think when we came home we realised how lucky we are and how happy the children are out there, they were always smiling.”
James Wheldon, Product Design teacher who lead the trip, said it was an amazing experience.
He said: “The expedition did not disappoint. We spent many hours preparing for two weeks in the Himalayas which we soon found out would be one of the most humbling environments available for the human eyes.
“All the students were absolutely amazing, taking in every opportunity to experience the culture, mix with the local community and selflessly put themselves forward for all work needed to improve the lives of the young people and educators at the village school, that we were lucky to spend some time with. We had three days building an exterior wall, painting fences and working in the classrooms of a local village school.
“Following this was our expedition to the Annapurna Range, arguably one of the most stunning environments in the world. Six days saw a full range of weather conditions. Blistering sunshine, altitude, full scale humidity and monsoon weather.”
Mr Wheldon is already planning the school’s next World Challenge trip to Swaziland in 2019 and an information evening is being held for students on October 12th.