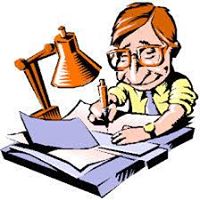 Ten employees from an Ilkeston firm swapped work clothes for cycling shorts and helmets to take part in a charity bike ride for a local good cause.

The cyclists, from Dales Fabrications, which designs and makes aluminium building products, got on their bikes and made their way to the Lincolnshire seaside resort of Skegness.

And their pedal-pushing power raised a minimum in sponsorship of £2,500, including a donation from the company, for Ben’s Den.

This is the second time this year that workers from the company have raised money – previously it was £1,200 – for the charity that was set up in memory of Ben Parker who passed away in 2003 after a three-year battle with leukaemia, diagnosed when he was just 10.

The money will go towards the upkeep of caravans at Mablethorpe used to support the families of children fighting leukaemia or cancer by giving them much-needed quality time away from hospital.

Karl Prosser, managing director of Dales Fabrications, on Crompton Road, said: “Most of the employees have had bikes from the Government’s cycle-to-work scheme. So this ride was combining the idea of green travel with leisure and the added benefit for charity.

The distance from the factory to Skegness was 103 miles, but one worker Anthony Fowkes(43), went extra miles by cycling to the start from his home in Allenton, Derby. “People were cycling at their own pace, but I was doubling back to make sure everyone was OK,” he said.

Four others, including Karl, though joining the spirit of the ride, did a shorter distance of 30 miles from Boston. He explained: “Some were not experienced or fit enough to do the whole journey. One, Nicola Chambers, an organiser along with Rebecca Cross, had just returned from maternity leave!”

One of those, 18-year-old Tia Bexon from Ilkeston, said:”I was nervous doing it because I had not ridden for four years before practising for it.

“I wanted to take part because the charity is close to my heart as my brother Ryan died of leukaemia 12 years ago, the day before his first birthday.”

Ben’s dad Darren, on behalf of the charity, praised the “fantastic effort” of the cyclists. “In July I cycled to Skegness myself as part of a fund-raiser and I know what an effort it was.

“Such is the demand for our help that, sadly, we were turning away families before the summer break, but now we have purchased a fourth caravan to cope with requests.”

Dales, which has 40 employees, is celebrating 40 years in business.

“This charity ride reflects the good team ethos that we enjoy at the company, and we would also like to add particular thanks to those that gave valuable support to the riders, and also to the significant number of people that turned up to cheer us over the finish line in Skegness,” Karl added.

Anyone who wishes to donate to the charity can do so online at https://www.justgiving.com/crowdfunding/darrenbecant