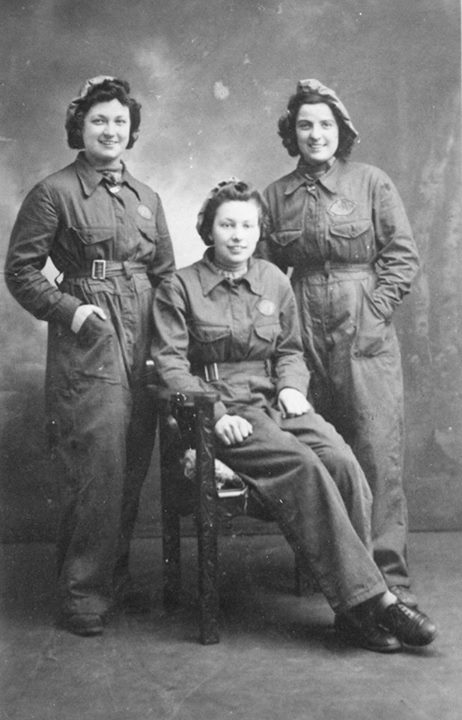 An expanded and updated exhibition celebrating the history of Stanton Ironworks has been unveiled at Erewash Museum and features all-new displays and historic objects and materials linked to the site.

The new look exhibition opened to the public on Friday (22 September) in the existing Stanton Gallery and is seen as a tribute to the ironworks, the role it played throughout its life and to the thousands of local people who worked at the site.

Current site owner Saint-Gobain PAM UK Ltd has funded the Stanton Gallery exhibition and worked together with Erewash Museum, which is committed to ensuring the industrial heritage of the site is properly recorded and acknowledged. The new display includes a dedicated family friendly area.

“We have no doubt this will be an incredibly popular exhibition in our Stanton Gallery at the museum. It was important to us to have the history of Stanton Ironworks brought to life and equally important that it is done so in Erewash, on the doorstep of this site that has a rich history and evokes memories for the many families whose members and ancestors worked there. The new look Stanton Gallery is a must-see.

“Be sure to visit the museum for this excellent display, and have a look around at what else is on offer too – including the tearoom and Hayloft area.”

The gallery charts the history of Stanton Ironworks and its development from the late 18th century onwards as well as the lives of those that worked at the site. The Ironworks became one of the biggest individual employers in the area and played an important role in the production of armaments in both world wars. During World War II, the male workers were conscripted into the military, meaning women made up the vast proportion of the workforce.

In 1985, the business was acquired by the French company which later became Saint-Gobain Pipelines, which still owns the site. Production stopped in May 2007.

Erewash Museum is located in Ilkeston town centre, a short walk from the Market Place. Opening hours are Tuesday, Thursday, Friday and Saturday from 10am-4pm, and Monday to Saturday during school holidays. Admission is free. Contact 0115 907 1141, email [email protected] or visit the Facebook page /erewashmuseum. You can also follow the museum on Twitter @Erewash_Museum, and Instagram @erewashmuseum.

Event at the Stute on Sunday in aid of Ben’s Den….